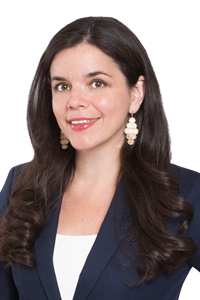 Alexandra Villarreal O'Rourke is an immigrant from Mexico

ALEXANDRA VILLARREAL O'ROURKE is assistant general counsel and senior vice president of digital banking and advanced solutions at Bank of America. Previously, she was a partner in the Financial Services group at McGuireWoods LLP where she was focusing on state and federal regulatory advising and FinTech issues, senior counsel at Consumer Financial Protection Bureau, and an attorney with the US Department of State's Office of the Legal Adviser, where she worked on matters relating to immigration and terrorism.

Alexandra is married to Allen O'Rourke, and has two daughters, Catalina and Mariana.

Alexandra was born in Monterrey, Mexico and was naturalized as an American citizen in 2001. Her mother lives in Mission, Texas.

Prior to joining the Department of State, Alexandra served as a law clerk for the Honorable Allyson Duncan of the U.S. Court of Appeals for the Fourth Circuit and the Honorable Legrome Davis in the U.S. District Court for the Eastern District of Pennsylvania.

At the University of Texas, Alexandra started a bilingual mentoring program and founded the Hispanic Scholarship Fund Chapter. She also worked as a legislative assistant to state representative Jaime Capelo. She was a Truman Scholar. 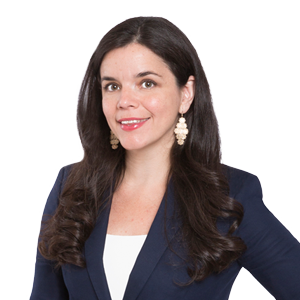