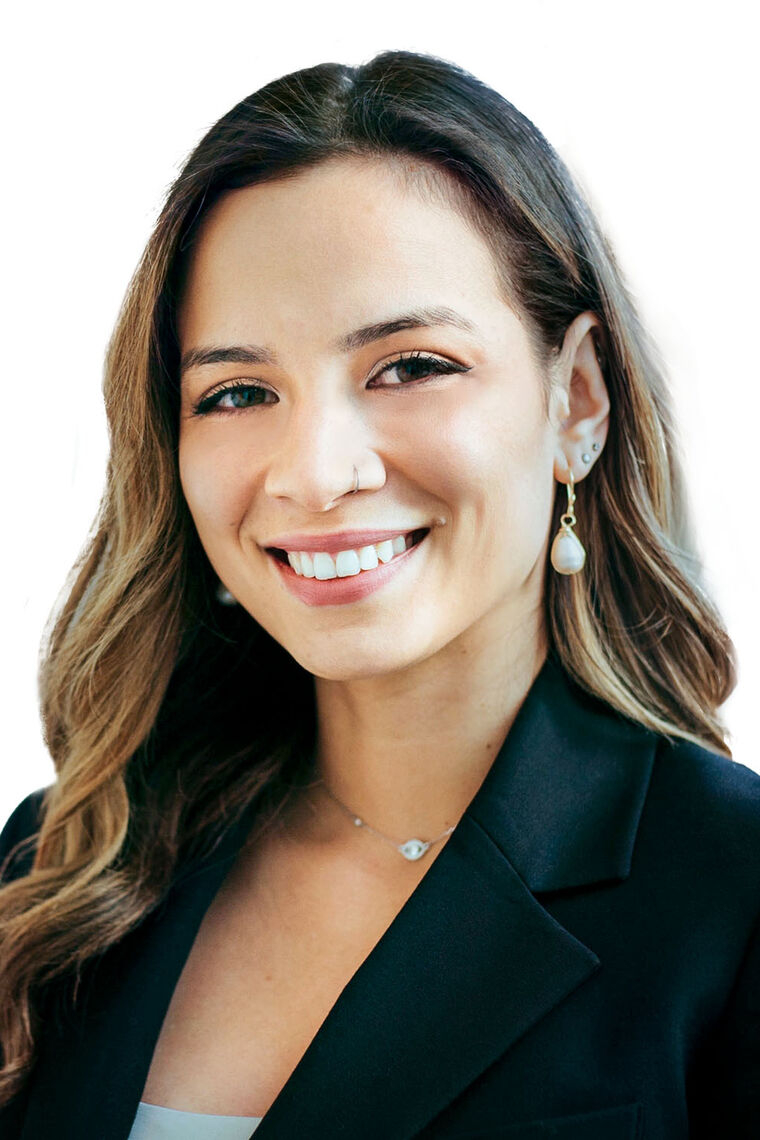 Andrea Alejandra Deleón Cruz is an immigrant from El Salvador

Andrea Alejandra Deleón Cruz was born and raised in San Salvador, El Salvador where her educational and career options remained limited. During their time in El Salvador, Andrea and her single mother struggled with poverty and safety. When she was six, Andrea immigrated to the United States with her mother. Growing up in a low-income community in Los Angeles, Andrea witnessed how the cycle of income inequality and housing segregation led to higher crime rates, which in turn led to the over-policing of her communities. As her friends and family members became victims of mass incarceration, Andrea began to grasp the institutionalized racism embedded in the criminal justice and immigration systems.

A Questbridge Scholar, Andrea was the first person at her high school to be accepted to Stanford University. However, due to familial obligations, she attended UCLA as a Regent Scholar and Achievement Scholar. After two years, Andrea transferred to Stanford University where she majored in philosophy and spent her time researching public policy solutions to mitigate societal injustices, learning about unjust sentencing and prosecutorial discretion as an intern at the San Francisco District Attorney’s Office, and through nonprofit work.

Following her college graduation, Andrea served as the project manager at Stanford Law School’s Three Strikes Project. At the project, she helped nonviolent inmates who had been sentenced to life under California’s Three Strikes Law get their life sentences overturned and gain their freedom after decades of incarceration. When COVID ran rampant in the prisons, Andrea created and managed a pro bono program where 35 non-project attorneys represented clients that the Three Strikes Project did not have the bandwidth to represent.

As a law student at Yale, Andrea is involved in the Capital Assistance Project where she conducts legal research and writes legal memos summarizing death penalty precedent in Alabama appellate courts for the Federal Defender’s office in the Middle District of Alabama. She is also a part of the Challenging Mass Incarceration Clinic and provides legal representation in federal sentencing proceedings and Connecticut state resentencing hearings.