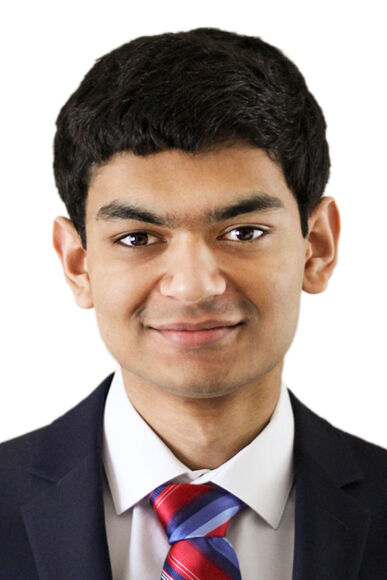 Ashwin Sah is the child of immigrants from India

Ashwin Sah is the son of Indian immigrants who came to the United States in pursuit of higher education. Born and raised in Portland, Oregon, some of Ashwin’s earliest and fondest memories are of his mother teaching him arithmetic. Ashwin’s parents imparted a deep respect for learning, and his family supported him in all his academic endeavors, including his participation in mathematics competitions which deepened his early interest in mathematics.

Ashwin developed a passion for mathematics research as an undergraduate at MIT, where he had the fortune to work with Professor Yufei Zhao, as well as at the Duluth and Emory REU (Research Experience for Undergraduates) programs. Ashwin has given talks on his work at multiple professional venues, and his research in varied areas of combinatorics and discrete mathematics culminated in receiving the Barry Goldwater Scholarship as well as the Frank and Brennie Morgan Prize for Outstanding Research in Mathematics by an Undergraduate Student. Additionally, his work on diagonal Ramsey numbers was recently featured in Quanta Magazine.

Beyond research, Ashwin has taken opportunities to give back to the math community that has supported him, helping to organize or grade competitions such as the Harvard-MIT Mathematics Tournament and the USA Mathematical Olympiad. He has also been a grader at the Mathematical Olympiad Program, a camp for talented high-school students in the US, and an instructor for the Monsoon Math Camp, a virtual program aimed at teaching higher mathematics to high school students in India.

Ashwin is now engaged in a PhD in mathematics at MIT, continuing to work with Professor Zhao.