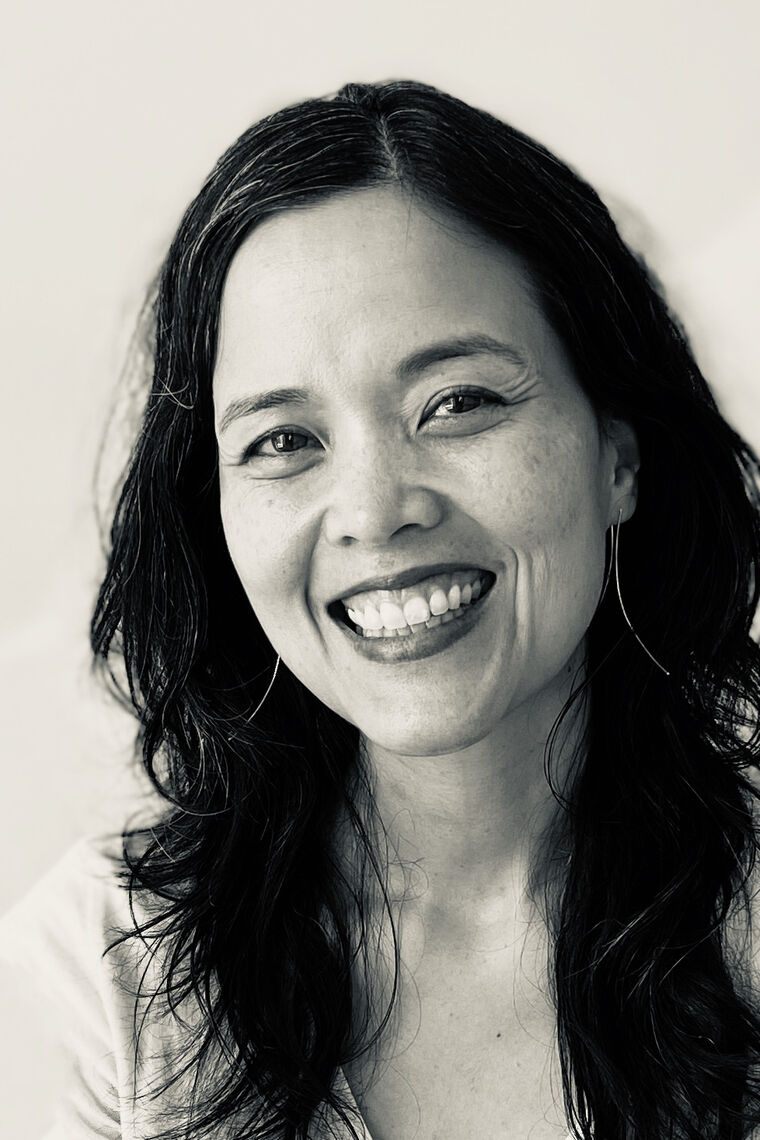 Corinne is the child of immigrants from Germany and China.

Corinne Ulmann is a Brooklyn-based artist who works through a range of scales and media, from intimate artworks to large-scale public projects. Her work is featured on a 6,500 square-foot mural in the Hell's Kitchen section of Manhattan, and her public art commissions include art glass and mosaic projects for the NYC MTA Croton-Harmon station, NYC Public Art for Public Schools, Iowa State University and Texas Tech University, among others. She has received awards from the New York Foundation for the Arts, Dallas Museum of Art, and the Massachusetts Cultural Council. Her work has appeared in publications such as The New York Times, The Wall Street Journal, Architectural Record and Dwell Magazine. Corinne is a former design project manager at Maya Lin Studio and has taught at Massachusetts Institute of Technology, The Cooper Union and currently at Pratt Institute. She completed an MArch from the Harvard University Graduate School of Design, an MFA from the University of Texas at Austin, and a BFA in Painting and BS in Chemical Engineering from Washington University in St. Louis.