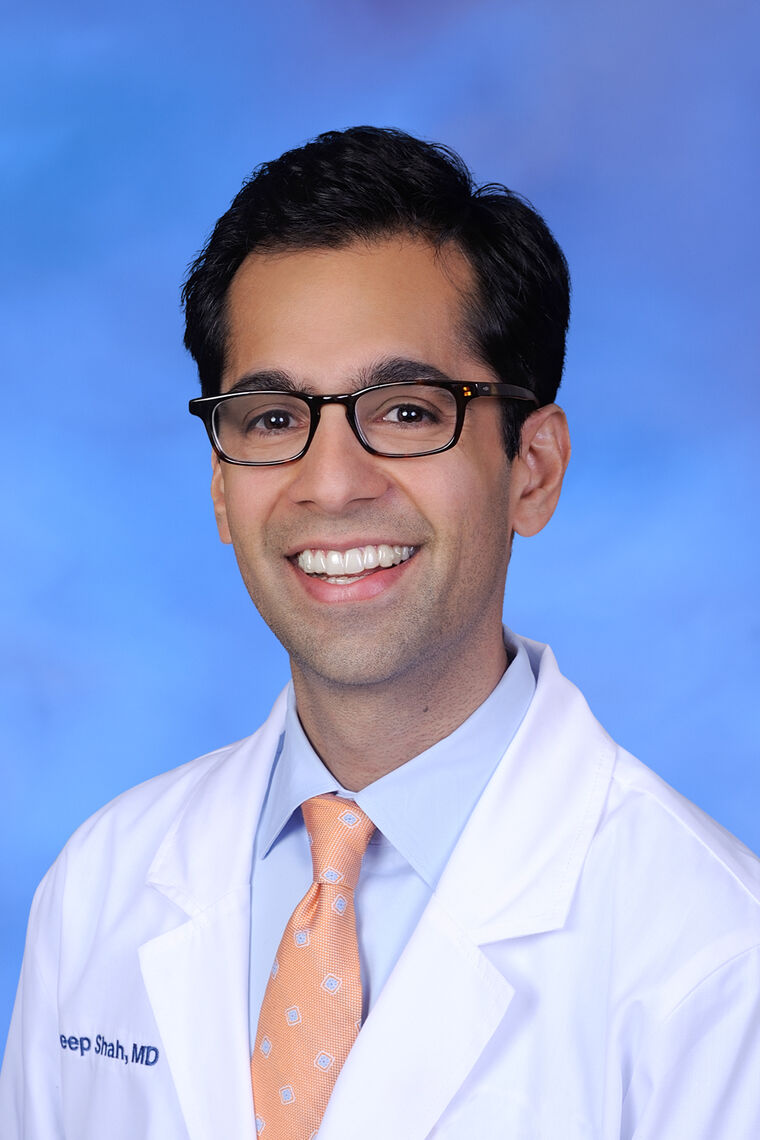 Deep Shah is the child of immigrants from India

Deep J. Shah is a board-certified primary care physician and Vice President at Gwinnett Clinic in metro Atlanta. He is a practicing internist with recognized expertise in clinical operations, population health, and health care finance. In 2020, he was elected to Alpha Omega Alpha and named an AOA Fellow in Leadership. In addition to his clinical work, Deep advocates for patients and community-based primary care at the state and federal level. Governor Brian Kemp (GA) appointed Deep in 2021 to the Augusta University Health System Board, which serves as the main teaching hospital for the Medical College of Georgia. Most recently, he was selected in May 2022 as a Director of Touchmark National Bank (TNB), a FDIC-insured Minority Deposit Institution in GA. Deep is a physician leader and community advocate. He lives with his family and large extended family in metro Atlanta.

Deep was born in Atlanta, GA after his parents immigrated to the United States from Gujarat, India. He graduated summa cum laude from the University of Georgia (UGA) in 2008 with degrees in biology and international affairs. He was awarded Truman and Rhodes Scholarships while at UGA. At Oxford, he earned a master's degree in comparative social policy with a focus on healthcare. Deep briefly served as a Legislative Fellow in the U.S. Senate to the late Senator Johnny Isakson (GA) and Health Policy Fellow in the Office of Governor Sonny Perdue (GA) before starting medical school. Deep received his medical degree at Harvard in 2013; he was selected by his peers to serve as a Class Day Speaker. Finally, he trained in internal medicine/primary care at Emory, where he was named Outstanding Resident three consecutive years. He continues to teach third-year medical students in his practice as adjunct clinical faculty at Emory.