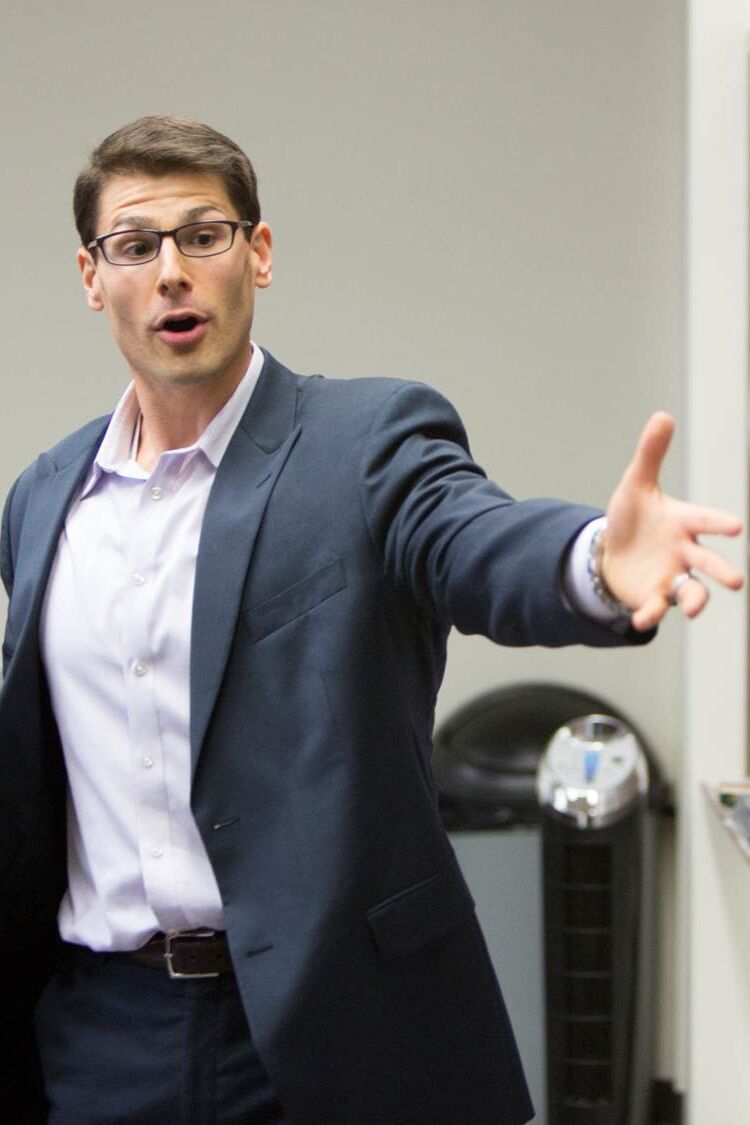 Dov Fox is an immigrant from Israel

DOV FOX was born in Rehovot, Israel. His first languages were Hebrew and Arabic. Fox is Herzog Endowed Scholar and Professor of Law at the University of San Diego School of Law, where he directs the Center for Health Law Policy & Bioethics. His latest book is Birth Rights and Wrongs: How Medicine and Technology are Remaking Reproduction and the Law, published by Oxford University Press in 2019. His Audible Original "Donor 9623” was named both top audiobook and #1 podcast of 2020.

He is the author of more than 60 scholarly articles in leading journals of law (e.g., Yale Law Journal, Columbia Law Review), medicine (e.g., New England Journal of Medicine, Journal of the American Medical Association), and bioethics (e.g., Journal of Medical Ethics, American Journal of Bioethics). His op-eds have appeared in Vox, Slate, The Atlantic, The New York Times, and The Washington Post. He has provided on-air legal analysis for CNN, NPR, CBS This Morning, NBC Nightly News, and The Today Show.

He served as a law clerk to the Honorable Stephen Reinhardt of the U.S. Court of Appeals for the Ninth Circuit. He has also worked at the law firm of Wachtell, Lipton, Rosen & Katz; the consulting firm of McKinsey & Company; and the Civil Appellate Staff at the U.S. Department of Justice. Professor Fox serves on advisory boards of the American Constitution Society, Appellate Defenders, Illumina Genomics, and the Association of American Law Schools.

He was awarded a Rhodes Scholarship to attend Oxford University, where he earned his doctorate in political theory and served as lecturer in politics and philosophy. He received a Paul & Daisy Soros Fellowship for New Americans to attend Yale Law School, where he was projects editor of the Yale Law Journal and all three years awarded the prize for best paper in law and science. Professor Fox has been awarded the Thorsnes Prizes for Outstanding Scholarship (2020) and for Teaching Excellence (2021).