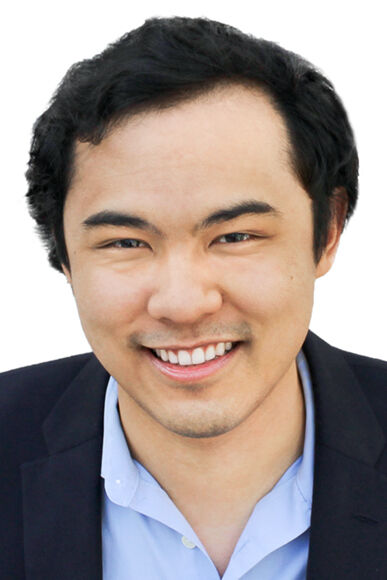 Enrique Toloza is the child of immigrants from Philippines and Colombia

Enrique Toloza was born in Los Angeles, California, the child of two immigrants: one from Colombia who had come to the United States to study for her PhD and the other from the Philippines who grew up in California and went on to medical school. Their literal marriage of science and medicine left an early mark on Enrique, and from a young age he aspired to become a physician-scientist. Enrique owes everything, including his scientific curiosity, his love of Spanish and sci-fi literature, and his taste in music (good and bad), to his parents.

Enrique majored in physics and Spanish literature at the University of North Carolina at Chapel Hill, where he was awarded the Daniel C. Johnston Award for Outstanding Junior in Physics and the Sterling A. Stoudemire Award for Excellence in Spanish. He worked in three research labs, eventually settling on an interest in theoretical neuroscience after a summer research internship at MIT and completing an honors thesis on noninvasive brain stimulation.

After college, Enrique joined Professor Mark Harnett’s laboratory at MIT for a gap year, during which he coauthored publications in Cell and Neuron. He went on to enroll in the Harvard-MIT MD/PhD program to train as a physician-scientist, studying within the Health Sciences & Technology (HST) MD curriculum at Harvard and MIT. For his PhD, Enrique rejoined Professor Harnett, this time as a graduate student in physics at MIT, to conduct research on the biophysics of dendritic integration and the contribution of dendrites to cortical computations in the brain.

Outside of academia, Enrique is passionate about expanding healthcare access to immigrant populations. In college, he led the interpreting team at UNC-Chapel Hill’s student-run health clinic; the clinic initially only supported Spanish interpreting, but Enrique’s efforts were pivotal in establishing a new interpreting service for Mandarin-speaking patients as well. At Harvard Medical School, he has continued to work with Spanish-speaking patients, this time as a student clinician. In his free time, Enrique plays rock and metal guitar.