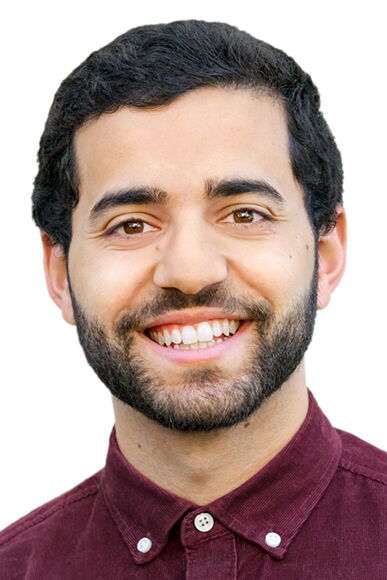 Hassaan Shahawy is the child of immigrants from Egypt

Born in Los Angeles, Hassaan Shahawy is the son of Egyptian immigrants who came to the United States in the 1980s. His grandparents suffered the perils of war, political prison, and exile to fight for justice in Egypt and elsewhere, and his mother’s name in Arabic means “to refuse,” meant to signify his family’s refusal to tolerate injustice. Inspired by his family and his faith, Hassaan quickly found his life’s passions: seeking moral self-purification and fighting injustice with beauty.

Hassaan attended Harvard University, where he studied history and Near Eastern studies, ultimately writing a thesis on legal change in medieval Islamic law. At the same time, he worked to serve incarcerated and homeless individuals through both charitable and legal causes. After graduating, he pursued master’s and doctorate degrees at the University of Oxford as a Rhodes Scholar, focusing on medieval Islamic debates over a universal legal question: what to do when one feels like what’s legal isn’t what’s right? He also pursued traditional study of Islamic law in Oxford and around the world, and continued his work with marginalized populations, including refugees and individuals with disabilities.

Hassaan is now pursuing a JD at Harvard Law School, where he’s continued to study legal history and criminal justice, as well as new passions like environmental law and property. In early 2021, he became the first Muslim to serve as the president of the Harvard Law Review. He remains dedicated to serving populations in need through both legal scholarship and practice. Hassaan hopes to use his continued research in Islamic law to improve public understanding of Islam, develop Muslim community institutions of learning, and bring historical and international perspective to American legal debates and public discourse.