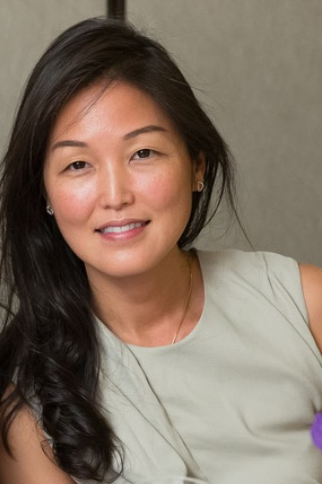 Heela Yang Tsuzuki is an immigrant from South Korea

Heela was born in Seoul, Korea. Her father, a prominent politician, was blacklisted as a result of his non-cooperation with the military regime. He left for the United States in 1981, and the rest of the family followed a year later.

Following a challenging year working on her father's campaign for the Korean National Assembly, Heela redirected her attention to the private sector. After spending two years with the corporate finance department at Goldman Sachs in New York, Heela attended Harvard Business School where she graduated in 2001. She then worked for Clinique Laboratories Inc. as Director of Global Marketing before starting her own consulting company, Perfect Fifth LLC.

Heela's parents have returned to Korea but Heela makes her home in Greenville, SC with her husband Seiji Tsuzuki and son.