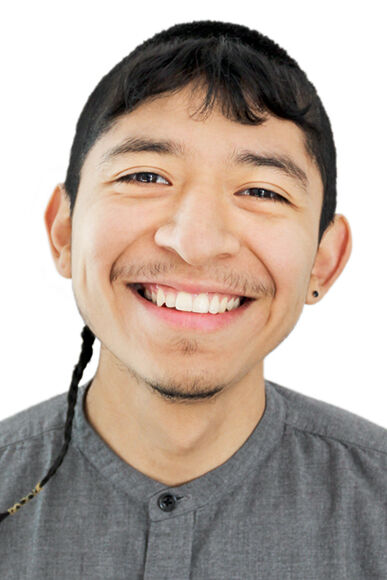 Jonathan Herrera Soto is the child of immigrants from Mexico

﻿Jonathan Herrera Soto was born in Chicago, Illinois to Adela and Feliciano—his undocumented parents who are originally from Iguala, Mexico and immigrated to the United States in the early 1990s. As the first US citizen in his immediate family, Jonathan grew up in what felt like an entirely different world than the one occupied by his loved ones. Jonathan’s world was in-between permissibility and illegitimacy, Spanish and English, citizen and refugee.

Witnessing the injustices his family members faced as non-citizens, Jonathan began to see how their migration journey continued—how his parents had physically arrived but were not accepted—and how his own life was an extension of their journey. He began archiving the stories around him and with the support of his parents and older siblings, he applied and was accepted to attend Chicago’s first public arts high school and was part of their inaugural graduating class of 2013. There he learned to render the experiences that molded him by making artwork about his family’s immigration story.

Jonathan continued his education at the Minneapolis College of Art and Design. As a student in service to various forms of learning, he acquired minors in creative writing, art history, and teaching. In school, he found his voice through the medium of printmaking—he learned how to construct visual material from what is lost as well as create presence out of disappearance. Jonathan was placed on the Dean’s honor list, was given the prestigious Van Derlip award, which is annually given to one graduating senior from each art department and voted to be speaker of his graduating class.

Since graduating with his BFA in 2017, Jonathan has maintained a full-time studio practice. He has participated in numerous artist residencies around the country, including at the Bemis Center for Contemporary Arts in Nebraska, the Kala Art Institute in California, Yaddo in New York, the Santa Fe Art Institute in New Mexico, and the Highpoint Center for Printmaking in Minnesota. He is a recent recipient of the Santo Foundation Individual Artist Award, Minnesota State Arts Board Artist Initiative Grant, Metro Regional Arts Council Next Step Grant, and the Brown University Artist Initiative Community Development Grant, and was a 2019-2021 Jerome Hill Artist Grant fellow.