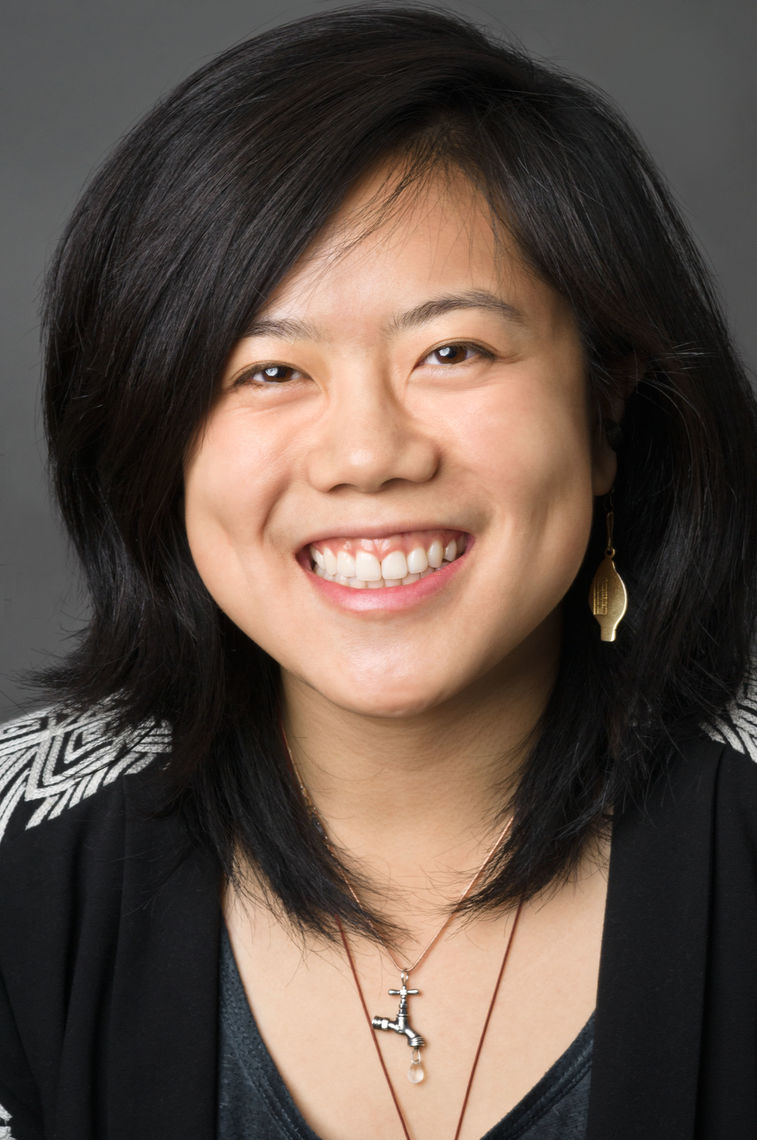 MFA, Hunter College of the City University of New York

Julie Zhu is the child of immigrants from China

Julie's parents were part of the first class of students to graduate from college in China after the Cultural Revolution, during which time universities had closed their doors for more than a decade. Both mathematicians, Julie's parents came to the United States to pursue graduate school.

Like her parents, Julie's first passion was math, but as she grew up she felt increasingly drawn to the arts. She cartooned for The Washington Post, and her paintings were exhibited at the National Portrait Gallery after she was named a Presidential Scholar in both academics and visual art.

Julie went on to Yale University, where she double-majored in mathematics and art, enjoying the freedom to pursue both fields simultaneously. As a freshman, she added to these lifelong devotions the carillon, the world's heaviest musical instrument-a tower of hanging bells played by a wooden keyboard. After graduating, she pursued advanced carillon studies at the Royal Carillon School in Belgium, while also painting and exhibiting her work abroad.

Julie has since given numerous recitals around the world as a professional carillonneur. She is also the carillonneur for St. Thomas Church in Manhattan. Her artistic work today sits at the intersection of music, mathematics and visual representation. In 2012, Julie co-founded the Sitka Fellows Program, a poly-disciplinary residency in Alaska that celebrates the meeting of disparate fields, now in its fourth year.

Julie is currently pursuing a doctorate in music composition at Stanford University with a special interest in notation and algorithm.