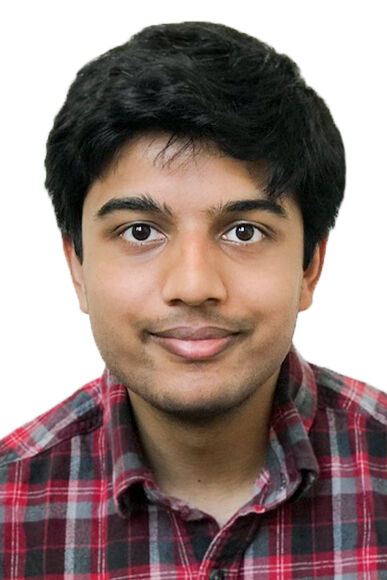 Kartik Chandra is a child of immigrants from India

Kartik Chandra was born in the American Midwest, but did not stay for long. As his parents, immigrants from India, moved from place to place to pursue opportunities, Kartik found himself living in a half a dozen cities across the United States and India and changing schools every couple of years.

Kartik’s diverse education experiences, along with the support of his many teachers along the way, made him care deeply about early-childhood education. In high school, and later as a student at Stanford University, Kartik led STEM outreach programs around the Bay Area, spoke at computer science education conferences at MIT and the University of California, Berkeley, and helped design Snap!, an educational programming language used by thousands of K-12 schools across the country.

Kartik’s academic research borrows tools used to build machine learning systems and applies them to solving open problems in visual computing. This interdisciplinary work, which Kartik conducted both at Stanford and in industry labs, has led to publications in a variety of domains, as well as open-source software projects that are used by thousands of engineers at small and large companies every day. Kartik’s blog playfully connects his research to curious phenomena in everyday life, and his essays have been referenced by introductory university courses around the world. Kartik is thankful to have worked with Professors Ras Bodik, Alex Aiken, Erik Meijer, and Gregory Valiant.

Kartik will graduate Phi Beta Kappa and with honors from Stanford in 2021, majoring in computer science and English literature and minoring in physics. While at Stanford, he juggled, played in a jazz band, and flew rockets. He looks forward to continuing his research, writing, and teaching as a graduate student at MIT.