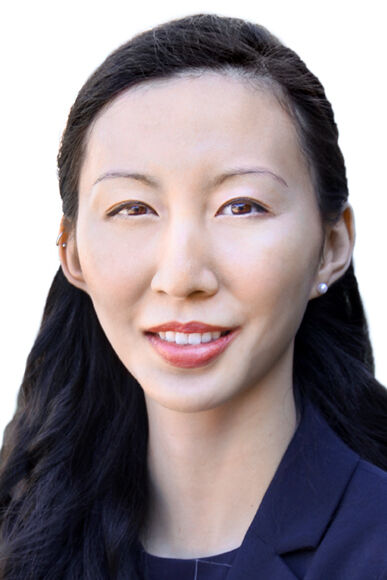 Katherine Fang is the child of immigrants from China

Katherine Fang was born in Houston, Texas, where she was raised by parents and grandparents from China. Because of her family’s background, Katherine has long been dedicated to understanding issues of citizenship and political participation.

After graduating with a degree in global affairs and modern Middle East studies from Yale College, Katherine spent a year teaching English and working on refugee policy at the United Nations Development Program’s Middle East Regional Office in Amman, Jordan, as a Fulbright Scholar. She has also served as a speechwriter at the International Organization for Migration headquarters in Geneva, Switzerland. Before entering law school, Katherine was an economics research associate at Harvard Business School, where she investigated issues of gender equity in the labor market.

At Yale Law School, Katherine pursued projects focused on access to public benefits and criminal justice reform. She co-ran the Capital Assistance Project, which pairs law student interns with legal aid organizations seeking to overturn the death penalty. Katherine was a research assistant at The Center for Law, Brain, & Behavior at Harvard, where she aided retired federal Judge Nancy Gertner in ongoing academic projects and in developing a training program to encourage federal judges to integrate scientific evidence on addiction and mental health into sentencing decisions. In addition, she collaborates with California Supreme Court Justice Goodwin Liu on the Portrait Project 2.0, an empirical study into Asian American representation in law and politics. A former Kerry Initiative Fellow, she supported Secretary John Kerry in researching and organizing conferences on pressing international challenges. Recently, Katherine interned at the Georgia Justice Project in Atlanta, where she worked on an initiative to ensure COVID-19 relief checks remained in the hands of incarcerated individuals. With the support of the Paul & Daisy Soros Fellowship, she plans to continue thinking through how to build a more responsive, inclusive government.