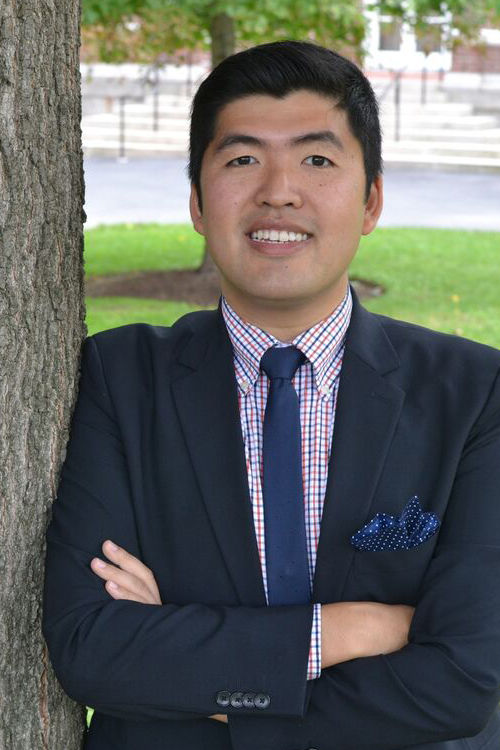 Kuong Ly is a Cambodian refugee from Vietnam

Kuong was born in a refugee camp in Vietnam to parents who had fled the Cambodian killing fields. They were granted political asylum and relocated to the greater Boston area in the winter of 1990. He focused his energy on succeeding in school while working to support his family.

Kuong enrolled in Boston College, where he won a Harry S. Truman Scholarship, was selected to the All-USA College Academic First Team, and graduated with a BA in philosophy and minors in studio art and faith, peace and justice studies. He worked at the International Co-Prosecutor's Office at the U.N.-backed Khmer Rouge Tribunals as an Arthur Helton Fellow. His 2010 op-ed piece in the International Herald Tribune urged the court to stiffen the sentence of a senior Khmer Rouge leader, an action that it subsequently took.

Kuong earned his JD from UCLA School of Law, where he is part of the Programs in Public Interest Law and Policy and Critical Race Studies. He is currently a practicing attorney at Northeast Legal Aid in Massachusetts where he provides legal representation to low-income clients on matters related to housing and domestic violence.