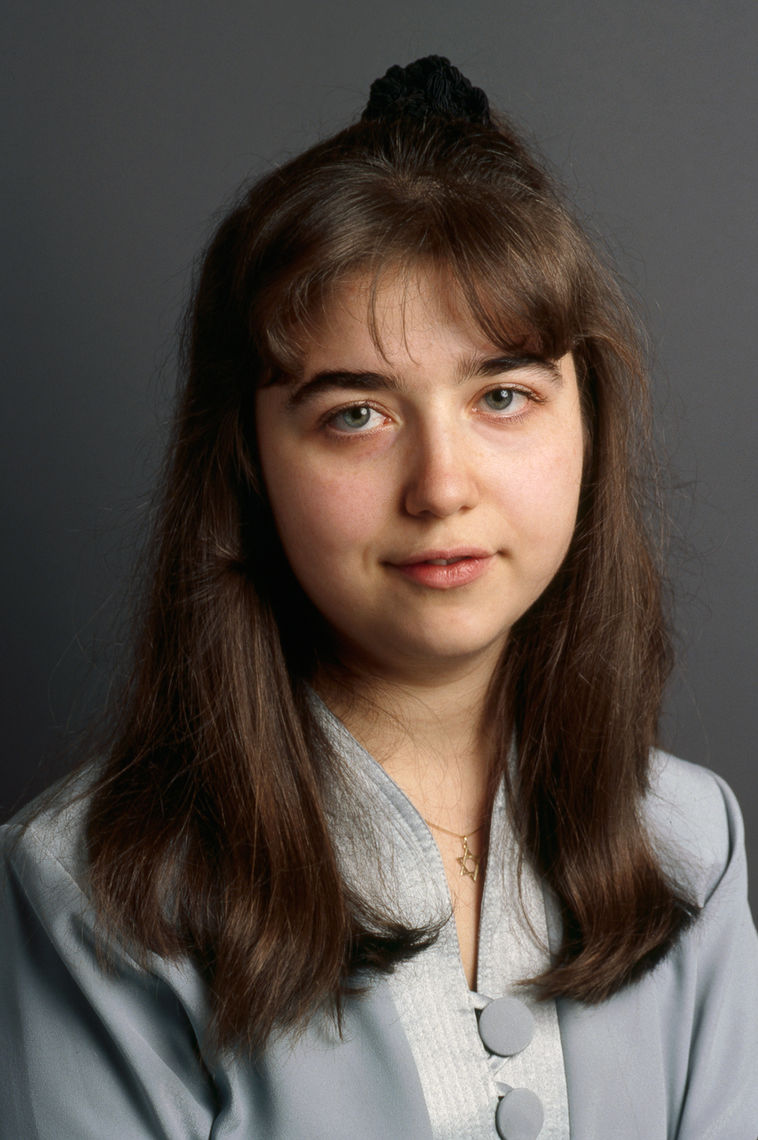 Lera Auerbach is an immigrant from Russia

Lera is currently a composer in residence with both the Pacific Music Festival in Sapporo, Japan and the West Cork Chamber Musical Festival in Ireland.

Lera was born in Chelyabinsk, Russia. Lera gave her first public performance at age six, appeared as a soloist with orchestra at eight, and wrote her first opera, which was staged and toured throughout the former Soviet Union, at twelve. In 1991 Lera was invited to do a concert tour of the US, where she decided to remain.

Lera graduated from The Juilliard School with degrees in both piano and composition, attended the Hannover Hochschule fÃƒ¼r Musik, and studied comparative literature at Columbia University.

Lera made her Carnegie Hall debut in 2002, performing her own Suite for Violin, Piano, and Orchestra with violinist Gidon Kremer. In 1996, Lera was named Poet of the Year by the International Pushkin Society and received the Poetry Prize of the Year by the Novoye Russkoye Slovo, the largest Russian-language newspaper in the West. Her published works include five volumes of poetry and prose, two novels, and more than one hundred works in Russian-language literary newspapers and magazines. She was president of the jury for the 2000 International Pushkin Poetry Competition.

Recently, the Hamburg State Ballet premiered her 24 Preludes CV and Original Ballet on Music; David Finckel of the Emerson String Quartet premiered her Cello Sonata #1; and Philippe Quint premiered her Violin Concerto #1 and Violin Sonata #2. Her recent recordings include: BIS Records, 24 Preludes for violin and piano. Her book Hannover Notebook was published by Slovo/Word. In addition, she was named Composer-in-Residence by Japan's renowned Orchestra Ensemble Kanazawa.

To celebrate the 20th anniversary of the Pacific Music Festival, the Tokyo String Quartet and Sapporo Symphony performed Lera's Fragile Solitudes for string quartet and orchestra, followed by the program, "Pacific Soundings II - The World of Lera Auerbach". In May of 2009, the Kennedy Center opened their CrossCurrents festival of music with a composer portrait devoted to Lena, (this proved to be the first of three composer portraits celebrating Lena over the course of the Summer). The next day, she was saluted in New York by the New York Philharmonics's performance of her Symphony No. I, "Chimera". In September of 2009, a new work entitled, Sogno di Stabat Mater for violin, viola, vibraphone and string orchestra was premiered by Gideon Kremer and the Kremerata Baltica. Nonesuch Records released Sogno this past Summer. November of 2009 brought the Canadian National Ballet's world premiere of the ballet Watch Her, with music by Lena.

Meanwhile, in Europe Julian Rachlin performed Lera's Sonata for Violin and Piano no. 3 at Vienna's Musikverein. Lena spent that winter on an artist residency at the Wurlitzer Foundation in Taos, New Mexico. Lena's work as a poet continues: the West Cork Literary Festival featured her work in 2009 and she is a featured blogger for Best American Poetry. Since September 2011, the world has witnessed the premieres of six different major works, and widespread interest in her ballet "The Little Mermaid" (just nominated for the Rose d'Or Award). Her Requiem, "Dresden Ode to Peace" was premiered by the Dresden Staatskapelle and State Opera Chorus in 2012.

Lera works as a musician, composer, and poet, living in New York with her husband, Rafael DeStella. Her official website is www.leraauerbach.com