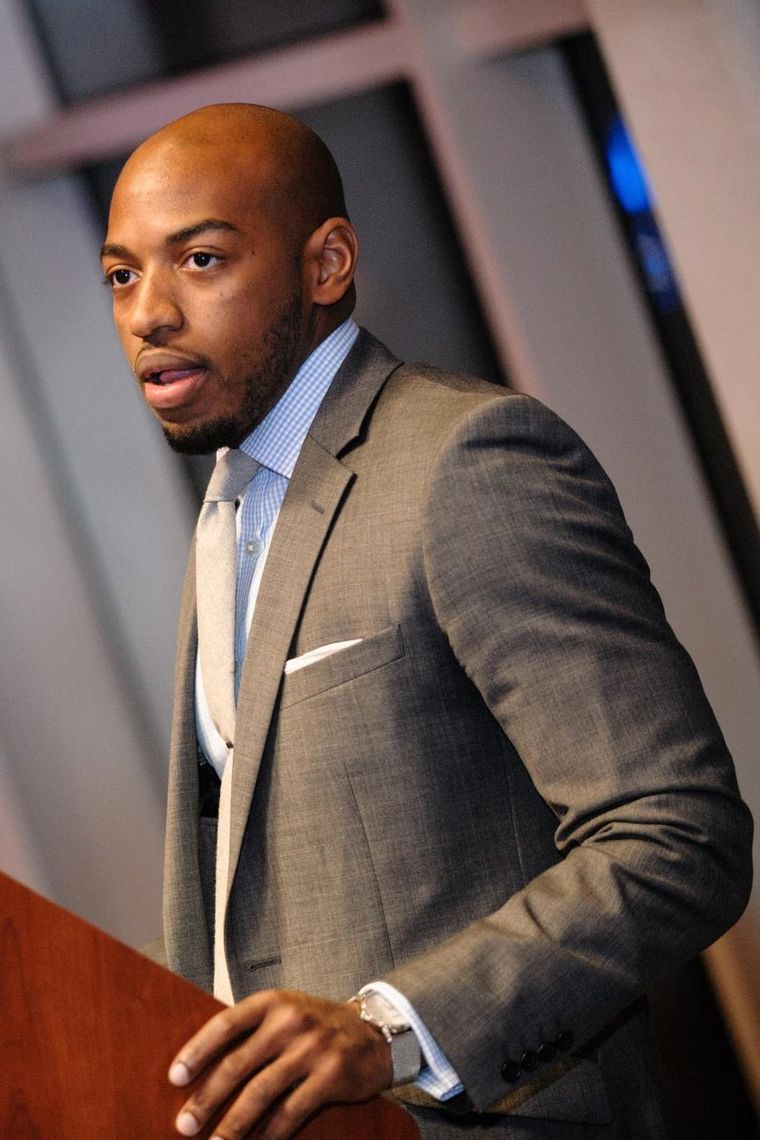 Leslie-Bernard Joseph is the child of immigrants from Haiti

LESLIE-BERNARD JOSEPH was born in Brooklyn to Haitian immigrants and raised by his mother and two aunts. The family's precarious economic circumstances worsened when a new landlord smashed the front door of their rental apartment in Queens in an attempt to evict them. They subsequently moved into two small bedrooms of an uncle's house in Newark.

Leslie-Bernard nevertheless excelled in school and won the support of New York's Prep for Prep program to attend Deerfield Academy. In 2002 he was accepted as an undergraduate by Princeton University, and he rose to become president of the Black Student Union and, by his junior year, president of the undergraduate student government. He earned an A.B. (bachelor's degree) in politics, with a certificate in African-American Studies.

Following graduation, Leslie-Bernard spent six years as a teacher and teacher-development professional with Teach for America. The New York Times Magazine featured him in an article entitled "Why Teach for America?" He also served as founding dean of students for Coney Island Prep, a new charter school in New York.

Leslie-Bernard entered the JD program at Stanford Law School in the Fall of 2012.