Maribel Patiño is the child of immigrants from Mexico

Fellowship awarded to support work towards a PhD/MD in Neuroscience and Medicine at University of California, San Diego

Maribel Patiño was born in California to Mexican parents who immigrated to the United States from a small rural town in Teloloapan, Guerrero. With less than a sixth-grade education, Maribel’s parents sought the American Dream in the same way that many Mexican immigrants had done before them: through agricultural farm work. It was in Lamont, California, a small community composed primarily of migrant farmworkers, that Maribel also began to work in agriculture to help her family put food on the table—but witnessing the adverse health effects of the industry became the foundation for her career aspirations as a physician-scientist.

Maribel enrolled at the University of California, Berkeley where she majored in molecular and cell biology with an emphasis in neurobiology. She conducted her honors thesis in the lab of Professor Daniela Kaufer studying the relationship between traumatic brain injury and epilepsy. Maribel graduated with high distinction and was awarded the department’s I.L. Chaikoff Memorial Award. She went on to work at the University of Pennsylvania in the lab of Professor Edward B. Lee through the NIH Postbaccalaureate Research Education Program, studying the role of a repeat expansion mutation in the development of neurodegenerative diseases.

Currently, Maribel is a student in the Medical Scientist Training Program at the University of California, San Diego and is conducting her thesis research at the Salk Institute for Biological Studies in the lab of Professor Edward Callaway. Her research involves developing an innovative circuit mapping technology by combining rabies tracing with single cell transcriptomics and investigating the efficiency of monosynaptic rabies tracing.

Maribel is passionate about increasing and retaining diversity in science and medicine. At UC San Diego she is involved in multiple mentorship initiatives for underrepresented minority undergraduates interested in medicine. She also cofounded Colors of the Brain, a graduate student organization dedicated to increasing diversity in neuroscience. 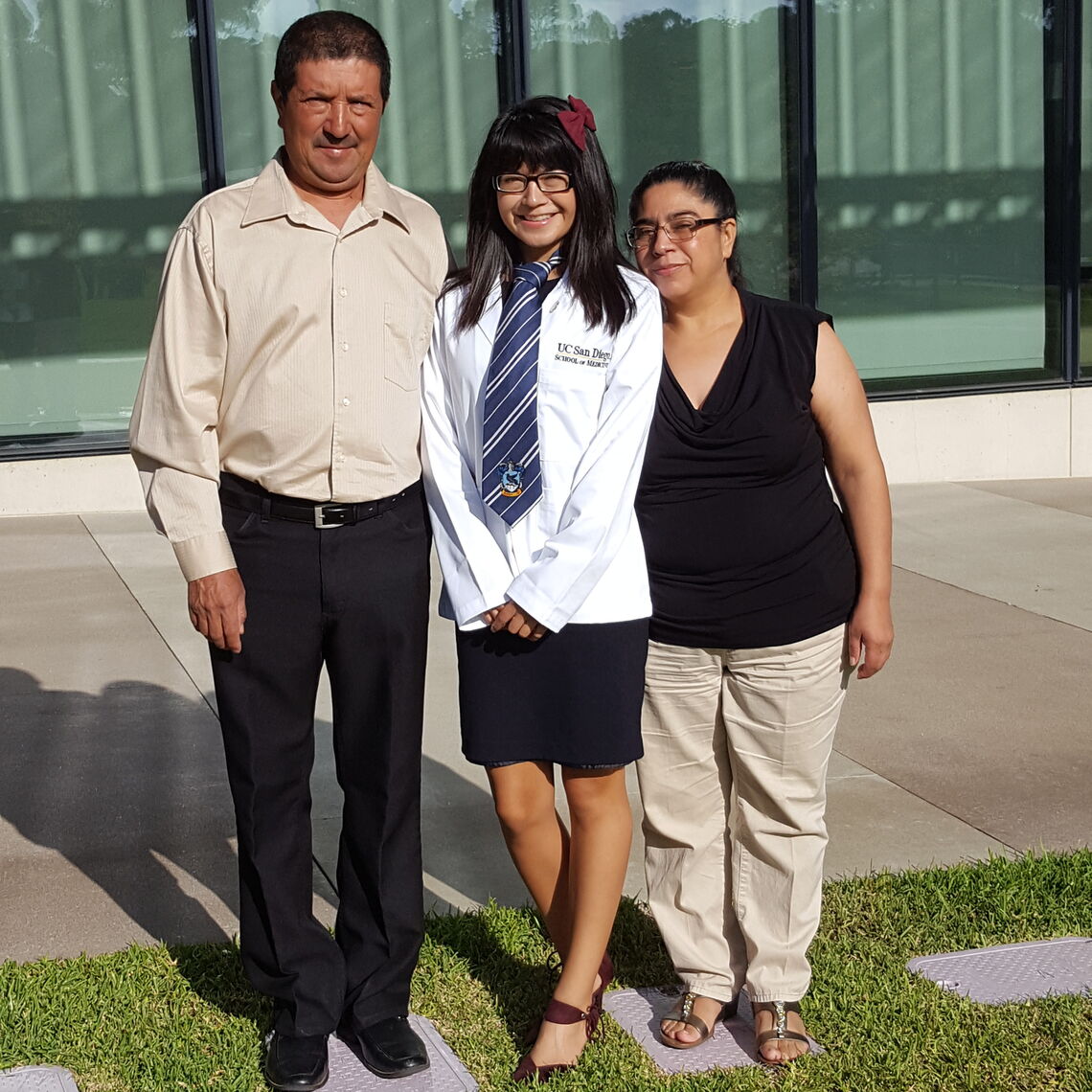 Looking Back at the Fellowship: MD/PhD Student Maribel Patiño

2020 Paul & Daisy Soros Fellow Maribel Patiño looks back at how the Fellowship helped her with her MD/PhD in neuroscience and shares some applicant advice.