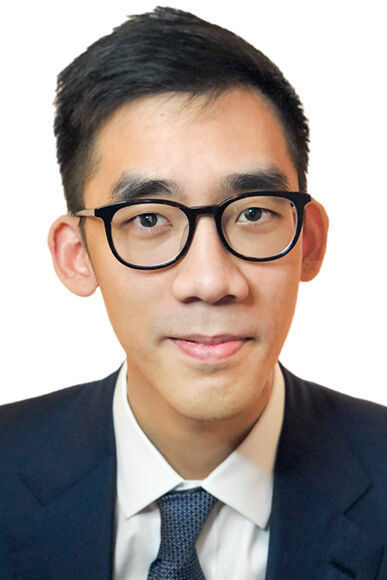 Child of refugees from Viet Nam

Michael N. Trinh was born in Dallas, Texas to parents who fled Saigon with their families in the aftermath of the Vietnam War. His large family started anew with nothing but hope and grit. At the helm was Michael’s grandfather, who had been separated from his wife and five children—two of whom were imprisoned in Communist “re-education” camps—for 10 years before reuniting with the family in Austin, Texas. It was his grandfather’s mentorship and untimely death from cancer that affirmed Michael’s aspiration to study medicine and science.

Michael majored in biology at the University of Texas at Dallas as part of the UT-PACT Program, a combined BA/MD program allowing him to matriculate at the University of Texas Southwestern Medical School after three years of college. As an undergraduate, Michael had the opportunity to work in the laboratory of scientists Michael S. Brown and Joseph L. Goldstein, who shared the 1985 Nobel Prize in physiology or medicine for their work on a rare disease of premature heart attacks that led to discovery of the LDL receptor, which ultimately catalyzed the development of cholesterol-lowering ‘statin’ drugs. They sent Michael to a meeting where he met patients with another rare disease, Niemann-Pick Type C (NPC). Michael made several discoveries about NPC’s underlying mechanism, which were published in three first-author papers in the journals Proceedings of the National Academy of Sciences (PNAS) and eLife. Encouraged, Michael began an MD/PhD in the Brown/Goldstein laboratory and was supported by the NIH’s Medical Scientist Training Program.

For his PhD research in molecular genetics, Michael was eager to discover new mutations that could unveil general biological principles. He conducted elegant genetic screens using CRISPR gene-editing technology to identify genes required for cholesterol to move from one membrane to another in human cells. Genetic defects in this movement cause fatal human disease. In 2020, he discovered that this transport requires another lipid: phosphatidylserine. This was the first demonstration that intracellular transport of one lipid (cholesterol) requires another (phosphatidylserine)—a discovery with major implications for membrane biology and cardiovascular science. The work earned him the Merton Bernfield Memorial Award and the William F. and Grace H. Kirkpatrick Award.