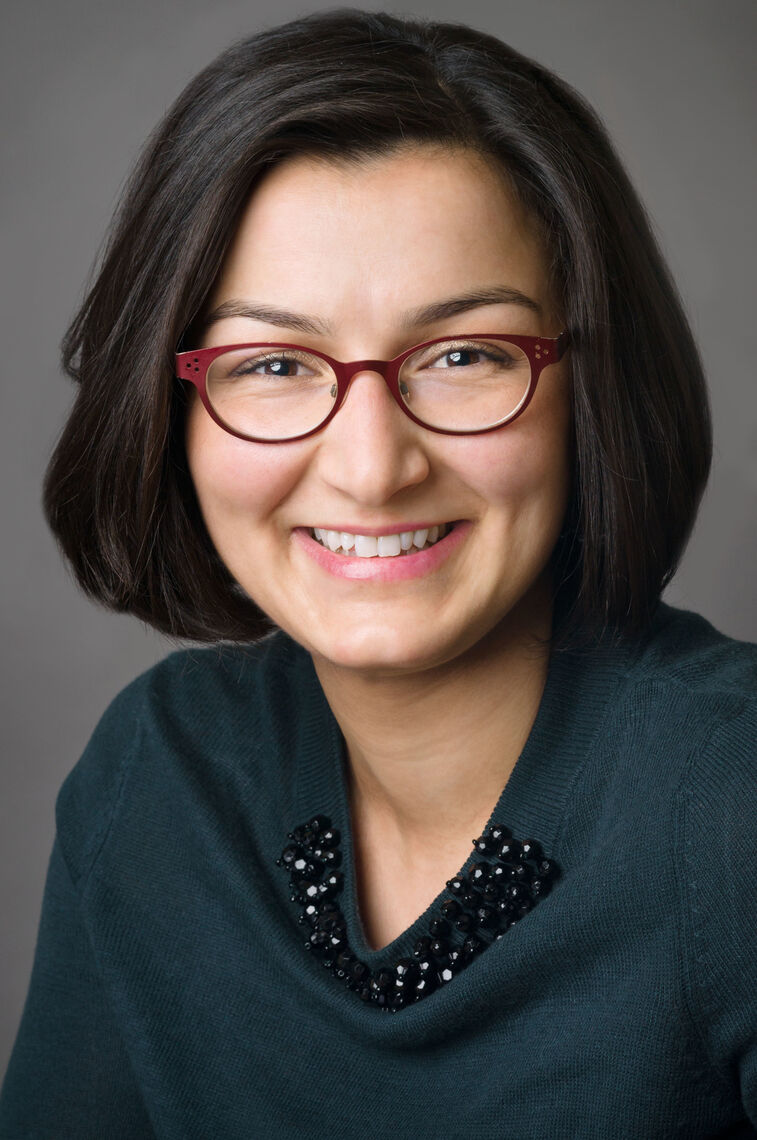 Nairi Hartooni is an immigrant from Iran

Fellowship awarded to support work towards a PhD in Biochemistry & Molecular Biology at University of California, San Francisco School of Medicine

Born in Tehran, Iran, Nairi is a member of a minority of Armenians who have lived in Iran for centuries. Her parents, who were the first generation to live outside of their familial village and receive a formal education, noticed that post-revolution Iran would not fairly offer their daughter educational opportunities. Thus, they moved to Glendale, California where Nairi grew up surrounded by immigrants seeking a better life.

Despite their financial struggles and language barrier, Nairi and her family often visited local museums, the observatory, and the public library for free educational events. Through these visits, Nairi became fascinated by biology and thus began her journey in pursuing a career as a research scientist.

As an undergraduate at the University of California, Berkeley, Nairi was a Regents' and Chancellor's Scholar and double-majored in molecular biology and toxicology. While at Berkeley, she conducted research in plant evolution and worked several jobs to fund her undergraduate career including a position at the state's Childhood Lead Poisoning Prevention Branch. Nairi started the Toxicology Student Association and designed an outreach program called the Lead Education Awareness Program at Berkeley to address an issue she noticed at work. The group conducted several outreach efforts including a day of K-12 public science education at the local science museum.

Nairi completed her PhD in Biochemistry in the Tetrad Program at the University of California, San Francisco. Her work in the laboratory of David O. Morgan was on the regulatory processes in cell division with particular interest in the enzymology of the anaphase-promoting complex. Applying single molecule biophysics, she developed a method to measure the dynamic molecular interactions of proteins that are not amenable to heterologous overexpression. She now works as a scientist in the pharmaceutical industry.