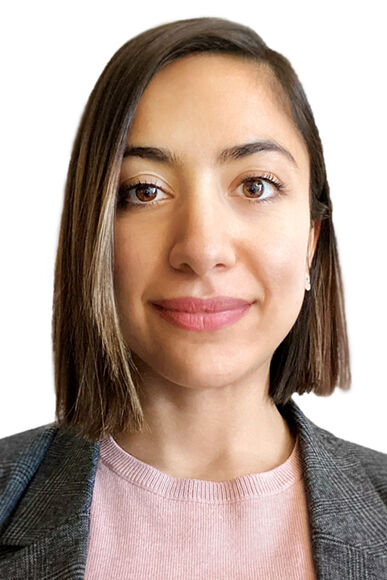 Nazanin Kazemi Butterfield is an immigrant from Iran

Nazanin Yeganeh Kazemi was born in Iran and raised in the small town of Borujerd on the foothills of the Zagros mountains where her ancestors had lived for generations. Desperate to give Nazanin a better future limited only by her own imagination, Nazanin’s parents moved their family to Kansas after winning the United States Green Card Lottery. Starting over with only a few words of English between the three of them, Nazanin and her parents slowly built a life in their new country. Having witnessed the selflessness of her parents in her own upbringing, and in the way that they always helped others even when they needed just as much help themselves, instilled in Nazanin a determination to use her opportunities and privileges to serve others.

Nazanin attended college at the University of Missouri-Kansas City (UMKC) as a first-generation college student. UMKC opened many doors for Nazanin, giving her the opportunity to work with leading scientists at The Stowers Institute and John Hopkins Medical School. Knowing that she wanted to serve others through her strengths in leadership and the sciences, Nazanin’s vast research experiences motivated her to pursue training as a medical scientist. After graduating summa cum laude from UMKC, she started her MD/PhD training in the Mayo Clinic Medical Scientist Training program at the Mayo Clinic Alix School of Medicine and Graduate School of Biomedical Sciences in Minnesota. At Mayo Clinic, Nazanin’s passion for public service was matched by the institution’s dedication to the needs of every patient.

In the lab of Professor Svetomir Markovic, Nazanin is focusing on the inflammatory mediators responsible for activation of maternal immunity just before labor and in pregnancy complications which are a major cause of premature birth. Nazanin’s work has identified cell-free DNA shed from the placenta as a key mediator of inflammation, which may serve as a therapeutic target to prevent premature birth and preeclampsia, leading causes of maternal and fetal death worldwide. During the last year of her PhD, Nazanin pursued international collaboration at the University of Geneva as a US Fulbright Scholar to expand her research on the connection between the placenta and the maternal immune system. Working with Professor Marie Cohen’s lab, Nazanin is currently studying particles shed by the placenta in healthy and complicated pregnancies to determine which factors contribute to complications. After serving as a Fulbright Scholar, Nazanin will return to Mayo Clinic this fall to defend her PhD thesis in immunology and finish medical school before applying for residency.