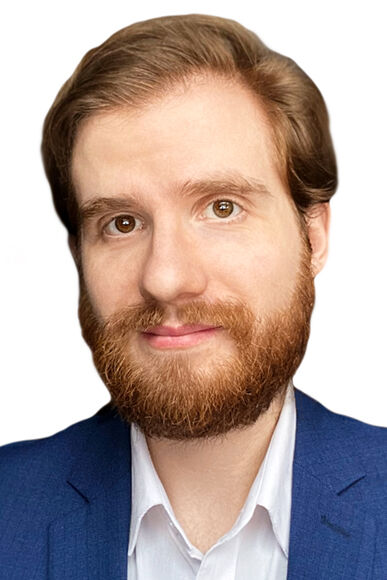 Nikolas Oktaba is the child of immigrants from Poland

Fellowship awarded to support work towards a PhD in Comparative Literature, Trauma Studies at Yale University

Nikolas Oktaba was born in New York City to a single mother who came to the United States seeking opportunity and safety from reprisal after helping to overthrow the Communist regime of her native Poland. Raised in post-industrial Greenpoint, Brooklyn, Nikolas’ greatest solace was its small public library. Though he often had to miss school to help his mother in her job as a cleaning lady, he always carried a stack of books to be read in rare moments of respite.

Self-directed study empowered Nikolas to leave Brooklyn, attending Fordham University in Manhattan and then the University of Cambridge in the United Kingdom. He studied Classics and explored the ways in which they still inform the sometimes-painful discussions of identity and selfhood which continue to resonate today. Nikolas pursued his interest in narrative and the ways in which it shapes our social worlds with a particular focus on trauma, exploring the subject through literature, the humanities, and by learning directly from those impacted by trauma. He received the generous support of the Beinecke Scholarship and the Gates Cambridge Scholarship to pursue this work.

Believing that while trauma is universal its experiences are not, Nikolas continued to investigate it from different perspectives. Traveling to Asia with the Henry Luce Scholars Program, he deepened his understanding of trauma within Himalayan Buddhism. He explored storytelling and other forms of witnessing in post-traumatic survival as well as historical medical approaches towards trauma treatment.

Now a PhD student in comparative literature at Yale University, Nikolas works on trauma, paranoia, and genocide. Joining activism and academic rigor, Nikolas seeks to study and address trauma in holistic and empathetic ways that are not restricted to the academy. Not only is the issue of trauma personally compelling to him, but he also recognizes its vital importance in the health and future of a democratic society. Emotional factors such as fear and anxiety can lead to the spread of trauma and paranoid thinking, creating an atmosphere of conspiracy that is a boon to the sort of tyranny Nikolas’ mother sought to escape.