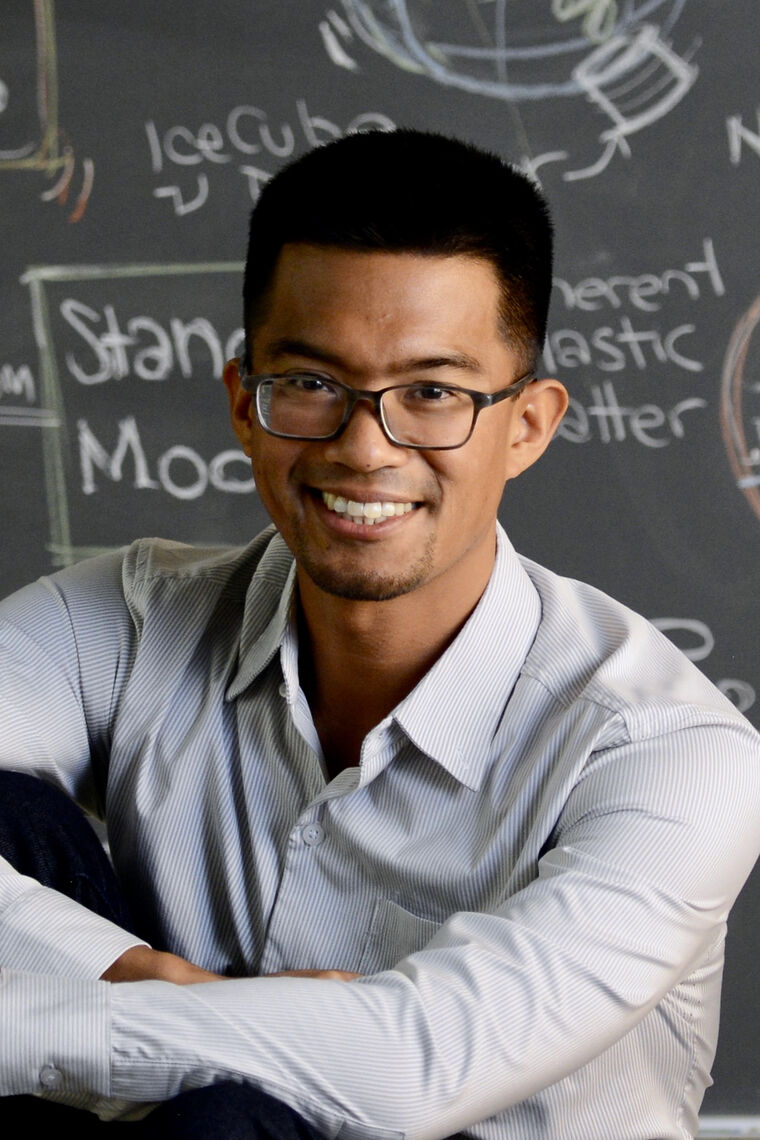 Flip Tanedo is the child of immigrants from Philippines

Philip "Flip" Tanedo is an assistant professor of theoretical physics at the University of California, Riverside. His research seeks to determine the fundamental physics of dark matter. He was a Chancellor's ADVANCE postdoctoral scholar at UC Irvine and had received his PhD in theoretical high-energy physics at Cornell University with support from the National Science Foundation. He is a recipient of a 2021 NSF CAREER award.

Flip was born in Los Angeles to parents who had emigrated from the Philippines.

As an undergraduate at Stanford, Flip graduated with majors in physics and mathematics, and was awarded a British Marshall Scholarship. He earned a master's degree in physics from Durham University and a Certificate of Advanced Study in Mathematics from Cambridge University.

As a teenager, Flip fell in love with physics through science fiction, though he struggled to find Asian-American and particularly Filipino-American role models. As a result, he has worked hard to serve as an active role model for Filipino-American youth who are interested in science and mathematics.