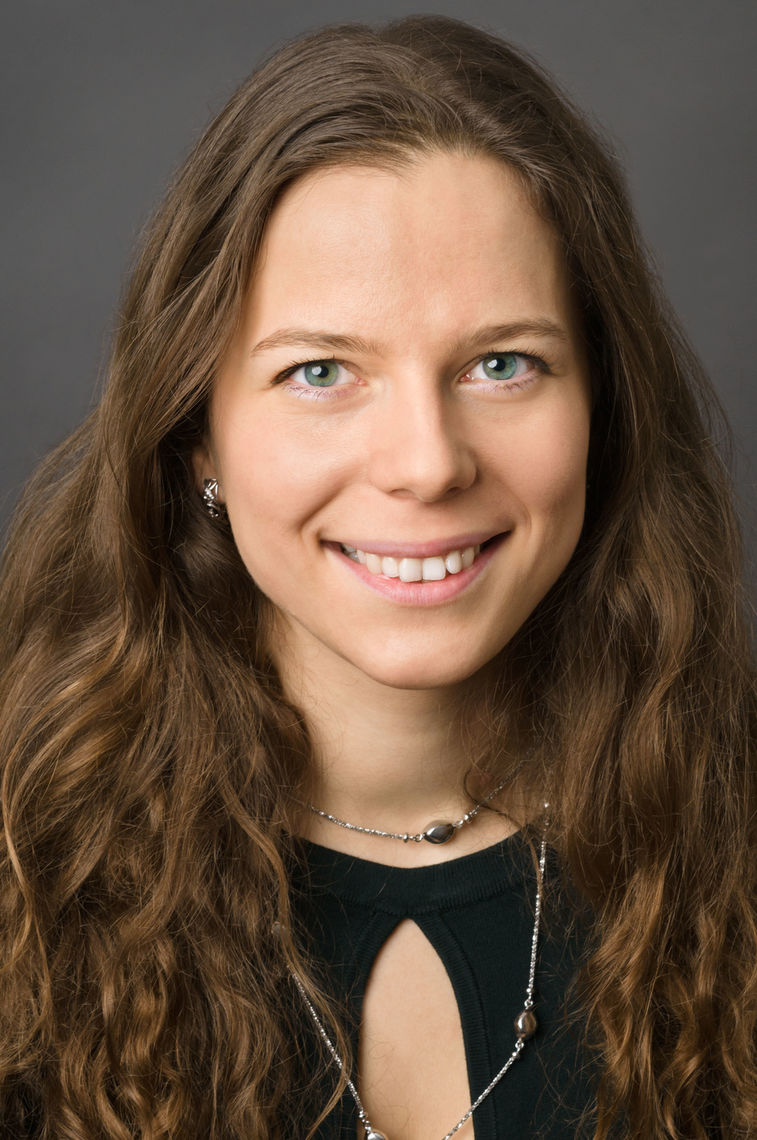 Polina Nazaykinskaya is an immigrant from Russia

Fellowship awarded to support work towards a PhD in Music Composition at The Graduate Center, CUNY

Born in Togliatti, an industrial city on the Volga River in Russia, Polina was surrounded by music growing up. Polina's mother often recalls when, at just two years old, Polina reached for the piano and played a small segment from the final scene of Glinka's "Life for the Tsar", which Polina had heard her siblings practicing, but had never been taught.

Polina entered the Moscow Tchaikovsky Conservatory with the intention of becoming a concert violinist, but quickly realized that her true calling was composition, as music would frequently "visit" her, and "write itself". As she finished her bachelor's degree, she realized that she could not stay in Russia if she wanted to be a composer. She wanted to be in the United States, where there were more opportunities to be a professional composer and musician.

When her letter of admittance to the Yale School of Music arrived, Polina held it as though it were a lottery ticket. At Yale, she worked with Christopher Theofanidis and Ezra Laderman, and completed a master's degree in composition and theory, in addition to receiving an artist diploma in composition. "Winter Bells", the first orchestral piece that Polina wrote in the United States, received wide acclaim, and was recorded by Sony Music in 2010.

Now pursuing a doctorate degree in composition at the Graduate Center, CUNY, Polina is studying with Tania León. Polina has won numerous awards, including the Charles Ives Scholarship from the American Academy of Arts and Letters, and has garnered performances by ensembles including the Minnesota Orchestra, the United States Army Orchestra, and the Russian National Orchestra.Through music, Polina would like to explore the difficulty of political choices and the decline of democratic institutions; the rise of nationalistic tendencies, and the creation of a culture in which authority and obedience are preferred to freedom.