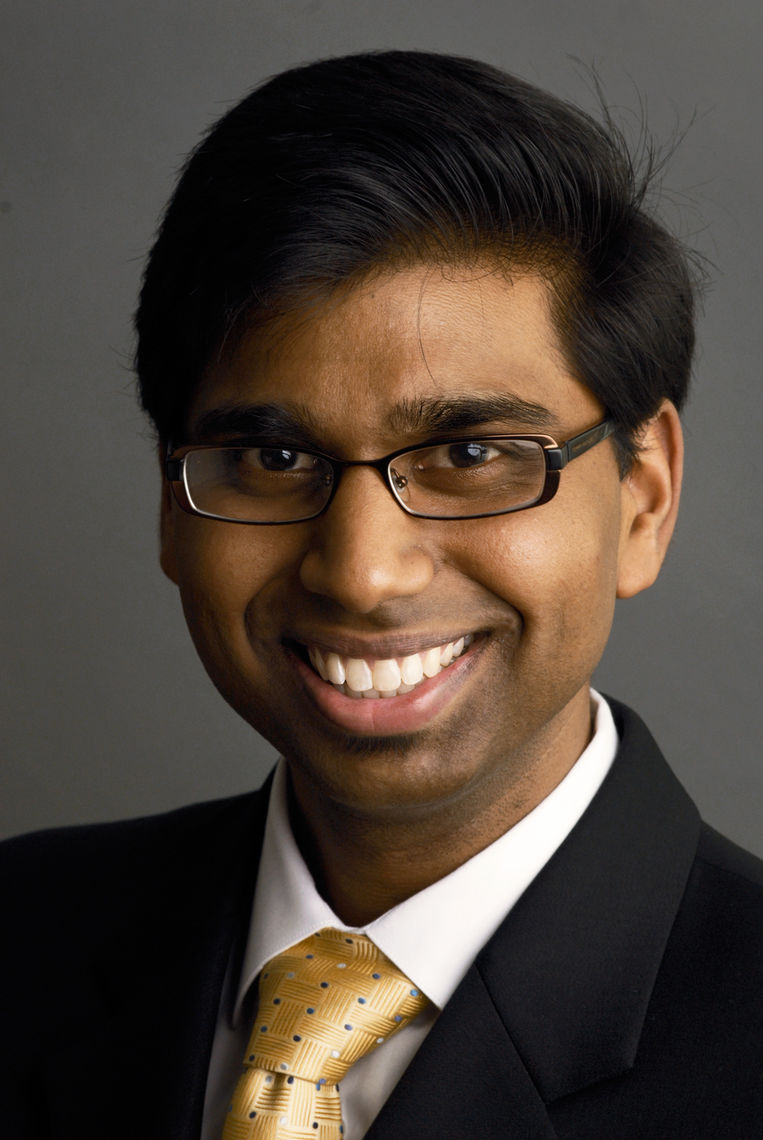 Sandeep Kishore is the child of immigrants from India

SANDEEP KISHORE is on faculty at the University of California, San Francisco. Previously, he was on faculty at the Icahn School of Medicine at Mount Sinai, a fellow at the Human Nature Lab at University and president of the Young Professionals Chronic Disease Network. He was a previous term member of the Council on Foreign Relations.

Sandeep was born in Pittsburgh and grew up primarily in Arkansas and Virginia; his parents are naturalized US citizens from India.

Sandeep received a BS in biology from Duke University and an MS in immunology/pathology from Oxford University as the Usher Cunnigham Scholar, and his MD and PhD from the Weill Cornell/ Rockefeller/ Sloan-Kettering Institute program.

Sandeep has focused his career on global public health including the burden of chronic, non-communicable diseases. To combat the rise in heart disease globally, Sandeep worked with the Dean of Weill Cornell, public health officials, and a fellow classmate to petition successfully the World Health Organization to include a generic version of American blockbuster cholesterol-lowering drugs (statins) on the WHO's Essential Medicines List, enabling mass drug donation by UN organizations and philanthropic foundations to 156 national governments. He has since authored or co-authored petitions for a total of 9 other medications including for leukemias and breast cancers.. He has served as an advisor to the World Health Organization and as a consultant for Resolve to Save Lives on coordinating a global response to chronic disease.

For this work, he has been an invited speaker to the United Nations General Assembly, given a TED talk at TEDMED 2012, organized and lectured at symposia for the National Academy of Medicine and is a recipient of first The Lancet Award in Community Service. Sandeep has published broadly on public health issues in peer-reviewed journals such as the Journal of the American Medical Association (JAMA), The Lancet, Health Affairs, The Lancet Oncology and PLoS Medicine. He has been featured in Scientific American as one of 9 inspiring lives in global health and in The Scientist. His doctoral work earned him the Raymond W. Sarber award for most outstanding PhD student in microbiology from the American Society of Microbiology and he delivered the commencement address for his graduating class at Weill Cornell where he was voted the most compassionate physician.