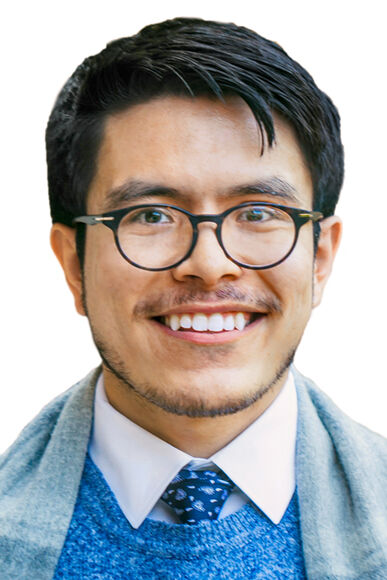 Sergio Infante is an immigrant from Colombia

Sergio Infante was born in Bogotá, Colombia and moved with his parents to Houston, Texas at the age of five. That same year, in the months before the 9/11 attacks, his father, a physics teacher, taught him Newton’s first law of motion: an object in motion stays in motion, unless acted upon by an equal or greater force. Neither of them could have known that this law would soon play out on borders across the world. It was 2001, the year of Stanley Kubrick’s “space odyssey,” and this boy and his parents were in Houston, America’s space city. They had only just arrived when the United States activated a war machine that would harden borders and cause hundreds of thousands of families to move, to journey across deserts and oceans, and in certain cases, to die.

Sergio would only notice these sad ironies later, from his desk as an editor at Foreign Affairs. He had been lucky. His mother, a Spanish teacher, had convinced him early on that languages would be his gateways to the world. With her globetrotting encouragement, Sergio obtained a BA in history at Yale University and an MPhil in modern South Asian studies at the University of Cambridge. He also received academic honors at both institutions, on top of prizes recognizing his scholarship in international relations, South Asian studies, French, and Portuguese. At Foreign Affairs, Sergio saw how academia and journalism could be combined to their mutual benefit. He also noticed a lack of writing on the contributions of migrant laborers to the making of the modern world. Sergio set out to fill this gap, enlisting his talents as a journalist and historian in the process.

Sergio is pursuing a PhD in global and transnational history at Yale University. He is studying yet another odyssey across space and time—the urbanization of the Latin American workforce during the Cold War. In this project and others, Sergio aims to capture the ways that social science and demographic change have shaped material lives and aspirations across the world.