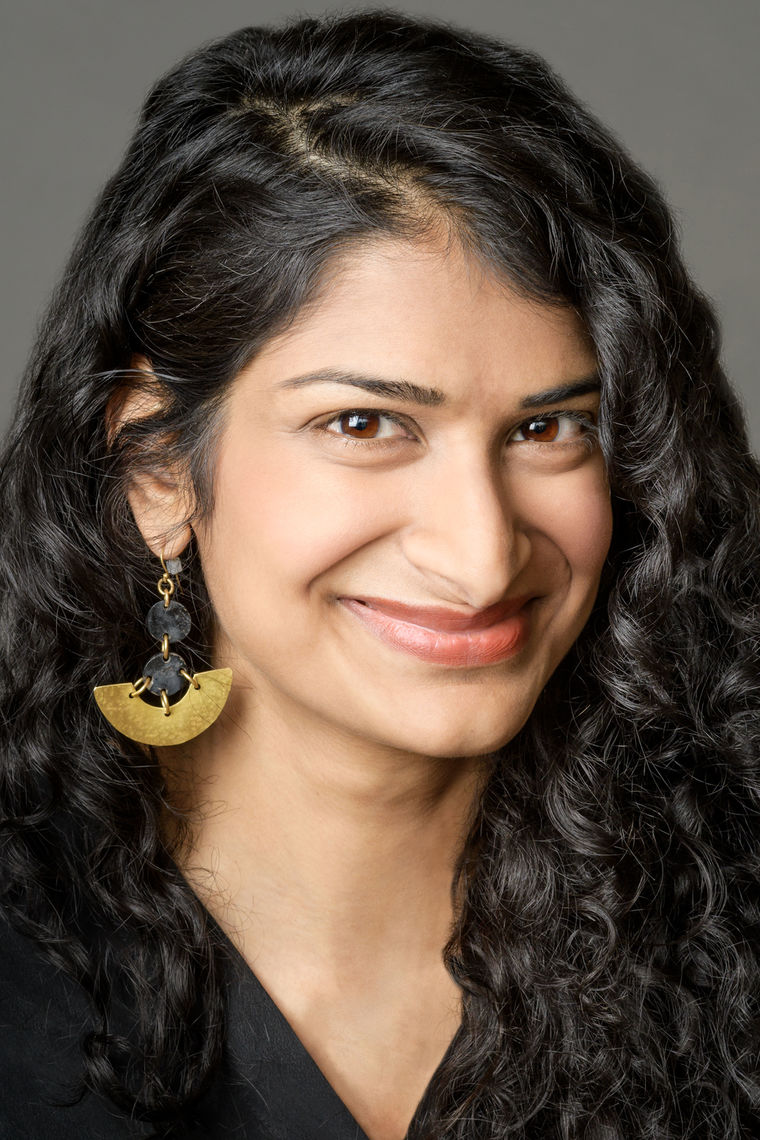 Shivani Radhakrishnan is the child of immigrants from India

Shivani Radhakrishnan was born in Middletown, New York, to Indian parents from Bangalore and Baroda who met while working together in the Catskills. Growing up around Gujarati and Tamil, and studying Russian and Latin, Shivani became interested in linguistic and social identity.

After finishing her AB at Princeton University and her BPhil at the University of Oxford, Shivani lived and taught in Vladivostok, Russia, as a Fulbright English Teaching Assistant, where she spent time thinking about avant-garde Russian film and contemporary Russian literature. Following her time in Vladivostok, Shivani began researching Indo-Soviet connections and is writing an experimental novel about a left-wing political theater troupe that moves from West Bengal to Soviet Russia in the mid-1950s.

Shivani is now a PhD candidate at Columbia University, where she is studying philosophy’s role in social transformation. Some see philosophers like Marx and Plato as utopian, since they focus on perfectly just societies very different from our own. Responding to this criticism, Shivani’s research is about how theories of ideal justice can help us improve our nonideal world. She is also compelled by the crossover between philosophy and activism in the South Asian context, especially in the work of B. R. Ambedkar.

Shivani is interested in how long-form journalism and fiction can help us think about philosophical questions. She’s also a writer, with essays and criticism in n+1, The Georgia Review, Threepenny Review, The Washington Post, The Believer and others. As an aspiring critic at large and philosopher, Shivani wants to prompt reflective inquiry about the various aspects of our social and political lives that go unexamined. She is also in training to become a psychoanalyst at the Center for Modern Psychoanalytic Studies.