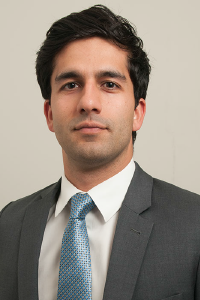 Sina Kian is an immigrant from Iran

SINA KIAN is Chief Strategy Officer and General Counsel at Aleo, a company that is building a decentralized blockchain with significantly enhanced data security and privacy capabilities. He is also an Adjunct Professor at the University of Texas School of Law, and a Term Member at the Council on Foreign Relations.

Sina was born in Iran in the midst of the Iran-Iraq war; his family immigrated to the US where they all became naturalized citizens. Sina received his BA in History at the University of Virginia, and his JD from Stanford Law School.

At the University of Virginia, Sina received the Dabney Prize for the Outstanding Thesis in U.S. History and the Bunn Prize for the Outstanding Essay in Business and Economic History. At Stanford, he was Senior Articles Editor of the Stanford Law Review and published a student note about sovereign immunity and the 11th Amendment. He has also published an article in the N.Y.U. Law Review about the relationship between the Constitution and the common law.

After law school, Sina clerked for Judge Thomas B. Griffith and Judge David S. Tatel--both on the D.C. Circuit--and for Chief Justice John G. Roberts, Jr., on the Supreme Court. Sina then practiced law at WilmerHale, where he worked on appellate litigation in federal courts around the country, including the Supreme Court, and with the Strategic Response Group, a bipartisan group that assists clients in navigating multifaceted challenges with legal, public policy, and media dimensions. Following his time at WilmerHale, he transitioned to an investing role, working as a Vice President at Blackstone, and then as a Director of at Kennedy Lewis. He has also recently served as an expert scholar at the Privacy and Civil Liberties Oversight Board, and currently serves as an advisor to SentiLink, a company that provides identity verification and fraud prevention services.

Sina enjoys studying U.S. foreign policy and the history of diplomacy, as well as hiking, cooking, fiction, and writing.