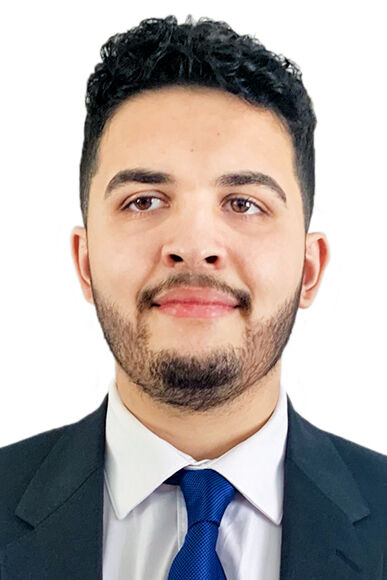 Syed Mahmud Raza Rizvi is the child of immigrants from Pakistan

Syed Mahmud Raza Rizvi was born in Delaware County, Pennsylvania, to Pakistani immigrants, who were escaping sectarian persecution and seeking greater educational opportunities for their children. As a toddler, Syed was diagnosed with Stargardts, which would render him blind. As Syed's life progressed, his family learned that the American dream did not extend to blind Americans. He struggled immensely, barred from equal participation in academia and other aspects of life. Syed fell behind his peers and internalized the way that society treated him.

At 19, Syed was contacted by the National Federation of the Blind (NFB), a revolutionary group of blind people, transforming the blind narrative. After graduating from their intensive training program in Louisiana, where he was equipped with the best blindness skills and an alternative philosophy on blindness, Syed enrolled at the University of Texas at Austin. He combined his parents' passions for education and humanitarian work to study the systems in place that limit individuals, such as himself, and began working to reform those systems.

In college, Syed was elected as vice president of the National Association of Blind Students (NABS). Traveling the country hosting empowerment seminars for blind students, Syed chaired the NABS' legislative committee and worked to remove arbitrary barriers within higher education through policy making. Syed cofounded the NABS Diversity and Inclusion Committee, and as the appointed Central Texas field director for the NFB, he traveled to Capitol Hill, promoting domestic policies and international treaties to empower the disabled in academia.

In May 2020, Syed graduated with his BA in government, receiving the university's highest honor, named as the Dean's Distinguished Graduate. During the COVID19 outbreak, Syed volunteered with Imamia Medics International, delivering crucial information and supplies to underserved communities. Most recently, Syed cofounded the American Muslim Bar Association, an organization dedicated to disseminating legal education to disenfranchised communities, providing legal protection to marginalized groups and mentoring the next generation of minority attorneys.