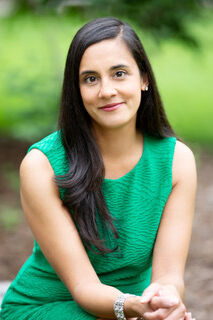 ULCCA JOSHI HANSEN is an author, educational thought leader and social change advocate with a twenty-year career dedicated to shifting the foundational values and approaches that undergird America’s education system. She currently serves as the Chief Program Officer for Grantmakers for Education, a member organization that serves as a trusted partner for education philanthropists as they adapt to the changes impacting our world.

Ulcca was born in Newark, New Jersey, to parents who emigrated from Tanzania and became naturalized citizens in 1980. She went back to live with family in Tanzania when she was nine-months old and returned to Millington, NJ to begin school. Her experience as an English-language learner and first generation college graduate inform her perspectives on what it means to build an education system that works for all young people.

Ulcca began her career as an elementary school teacher in Newark Public Schools. Over the last twenty years she has gained experience across the non-profit, public, and philanthropic sectors, in the US and abroad, leading programs, conducting research and crafting policy. She has worked with educators, students, communities, business and civic leaders to support developmentally-aligned, human-centered learning experiences that unlock the unique potential of individual learners regardless of their background, circumstances, cognitive or physical differences.

In her most recent roles as Chief Strategy Officer at Boundless and Vice President at Education Reimagined, she built partnerships between schools, districts, non-profits and higher education institutions committed to expanding access to relationship-based, relevant and real-world learning experiences in the PK-12 and post-secondary spaces. As Vice President of the Public Education and Business Coalition she expanded the Colorado Teacher Residency to become the first residency-based preparation program in the country to serve both urban and rural districts. She also redesigned the residency curriculum, grounding new teachers in the fields of learning science, human development and human well-being.

An internationally-recognized expert on educational transformation Ulcca’s recently released book, The Future of Smart, traces the deep roots of America’s dominant approach to education, illuminates why so many reform and innovation efforts over the last three decades have fallen short and proposes a path forward.

Ulcca holds a BA in Philosophy and German from Drew University where she was also licensed as an early childhood/elementary teacher with a focus on special education. She earned her Ph.D. in Education and Philosophy from Oxford University and a JD from Harvard Law School. She has been recognized nationally for her work in education as a Harry S. Truman Scholar; a British Marshall Scholar; and a Paul and Daisy Soros Fellow. Ulcca and her family are based in Denver, CO where her two sons attend Denver Public Schools. 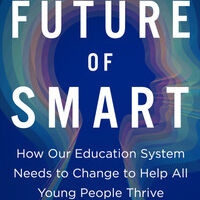 Author and educational thought leader Ulcca Joshi Hansen put her 20-year career in education to work in her new book The Future of Smart: How Our Education System Needs to Change to Help All Young People Thrive, which came out in September. In the...