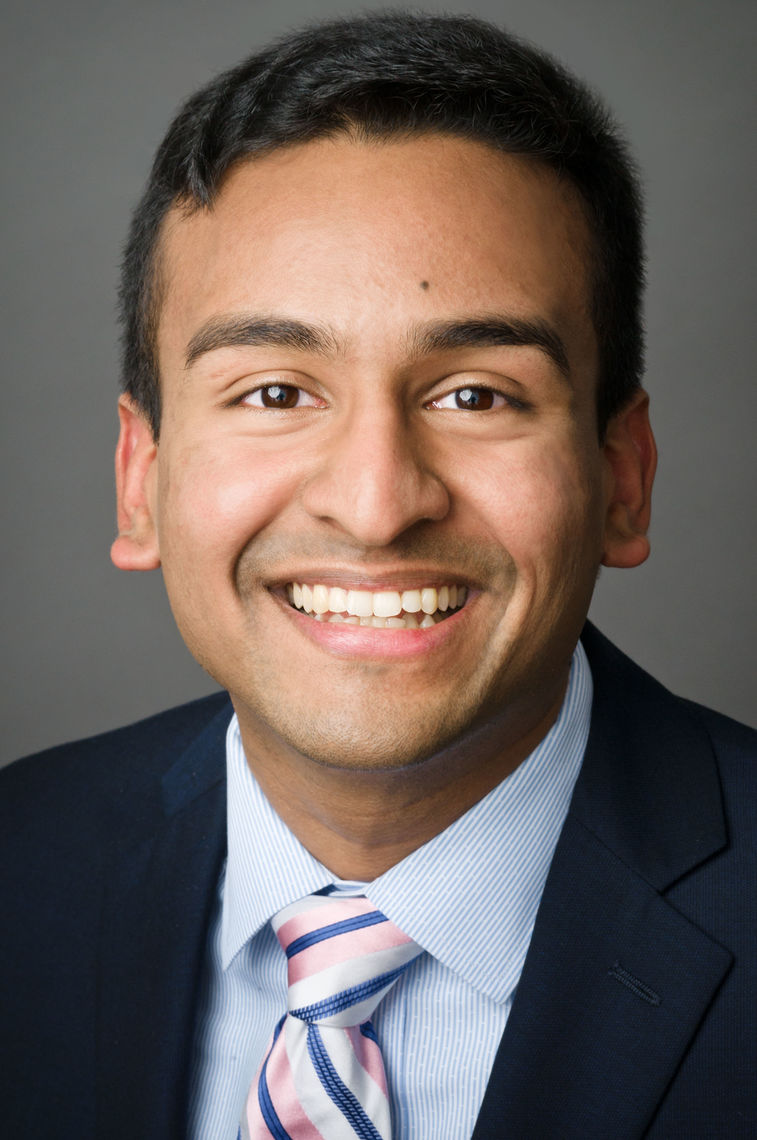 Vishwajith Sridharan is an immigrant from India

Vishwajith (Vish) was born and raised in southern India. His grandmother, who had no more than a third grade education, cared for him while his mother worked many jobs and his father sent money home from the United States. At the age of nine, Vish, his mother and his sister were reunited with his father in New Jersey, where Vishwajith began third grade with a name that was quickly shortened by his teachers and peers.

Following his parents’ example, and with his grandmother’s encouragement never more than a phone call away, Vish worked hard to catch up with his classmates. Soon enough, he was excelling. By the age of 15, Vish was working at Children’s Hospital in DC, where he spent multiple years developing novel HIV vaccine models, one of which was patented.

While Vish and his parents were making the most of the opportunities they sacrificed so much for, they also felt the burden of distance. The year Vish was admitted to the University of North Carolina at Chapel Hill with a full scholarship, he lost his grandmother to abdominal cancer back in India.

Changing his focus to cancer, Vish’s NSF-funded college research on protein thermodynamics led to publications in Molecular Cell and the ACS Journal Biochemistry, and also earned recognition from the Goldwater Scholarship Foundation.

Vish has been keen to work with vulnerable populations across the globe. He has traveled to Uganda and helped set up healthcare infrastructure in rural villages. Vish has also held an internship with the United Nations in Switzerland, working to develop guidelines regarding hazardous chemicals management for resource-poor countries. He also served as the development director for the Community Empowerment Fund (CEF), a Chapel Hill based non-profit that provides homeless individuals and foster youth with financial opportunities.

Vish is now working towards his MD in the Harvard-MIT Health Sciences and Technology program, where he is investigating immunotherapy in the treatment of cancer. He is also pursuing an MBA at Harvard Business School. He hopes to develop translational therapeutics in the lab, bring them to market, and make a difference in cancer care among underserved communities.