Black Friday, Small Business Saturday and Cyber Monday are among a collection of shopping days that follow Thanksgiving in preparation for the holiday season. In the past few years, a new day has joined their ranks: Giving Tuesday. Giving Tuesday falls on the Tuesday after Thanksgiving and is meant to be a kick start for end-of-year philanthropic giving.

With the spirit of giving in mind, we’re highlighting three non-profits that Fellows are leading: The Hmong American Farmers Association, the Sadie Nash Leadership Project, and Ars Lyrica Houston. These three non-profits are spread out across the country and reflect the diversity of issues that the Fellowship community is working on every day.

Whether on Giving Tuesday, or at some other time of year, there are plenty of Fellow-led non-profits to consider making a gift to. Have a few favorites? Tweet to @PDSoros and give a deserving organization a shout out. 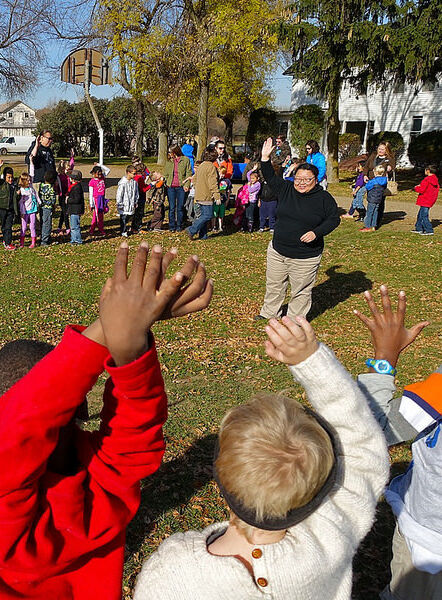 Pakou Hang, executive director of the Hmong American Farmers Association, leads a tour around the organization's farm, which is located just outside of St. Paul, Minnesota. 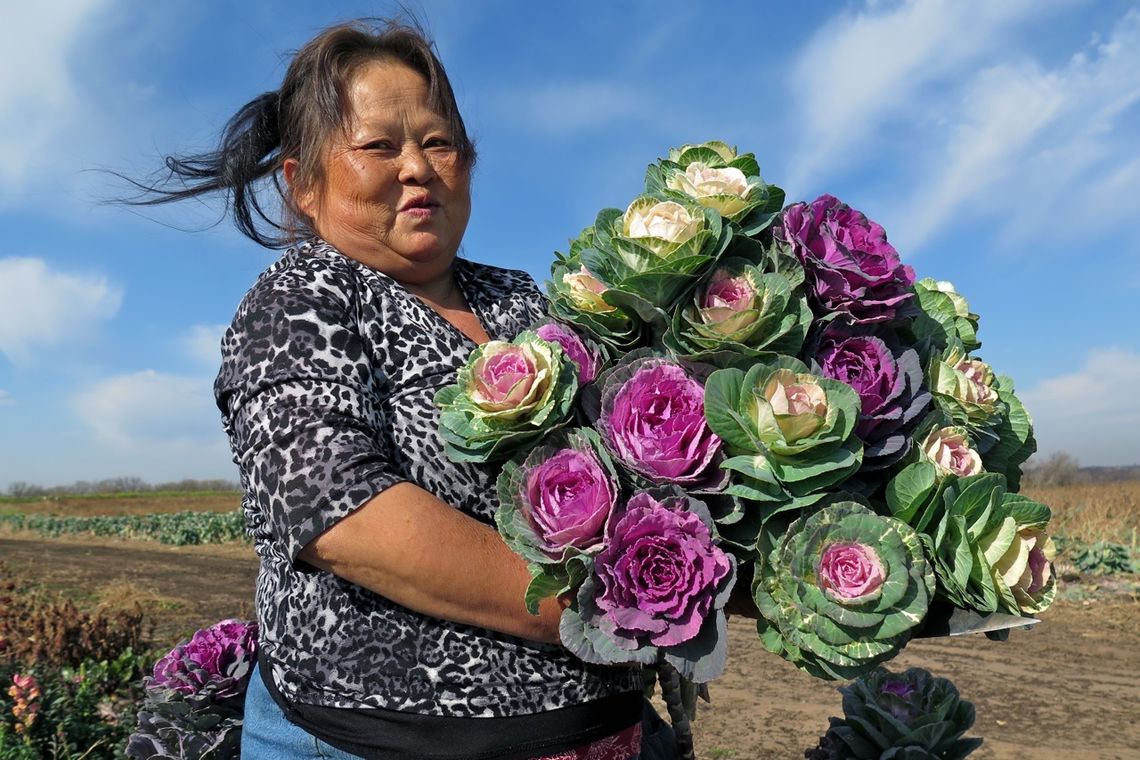 Xee, one of the farmer's who sub-leases land at the Hmong American Farmers Association 155 acre farm, holding kale flowers.

Hmong American Farmers Association (HAFA):  Founded in 2011, HAFA helps Hmong-American farmers in Minnesota with virtually every aspect of their work. Using a holistic model, HAFA works on land access issues, new markets, education and training, finance and capacity building. In addition to building agricultural land trusts for farmers and building relationships with new farmers markets, HAFA is actively collecting and analyzing data to help guide their strategies and work. For example, HAFA found that many Hmong farmers don’t have access to the capital they would need to purchase the equipment that they need, so HAFA started a business development program.  In 2013, the organization purchased a 155 acre farm just outside of Saint Paul, which now serves as their research and incubation facility.

Those familiar with immigrant and refugee populations in the United States know that Minnesota is home to one of the largest Hmong American populations in the country. Pakou Hang (2004 Fellow), who was born in the Ban Vinai Refugee Camp in Thailand, was one of the many Hmong refugees resettled in the Twin Cities area. She grew up helping her parents grow vegetables and would accompany them on trips to local farmers markets to sell the fruits of their labor. Years later, after working with international non-profits in Washington DC, Pakou moved back to the Twin Cities and co-founded HAFA, which she now leads.

"The Hmong American Farmers Association is dedicated to building community wealth with Hmong farmers," Pakou said. "These are political refugees who are feeding their local community through their sweat and hard work. It's an honor to work with them."

To learn more about the organization, or donate to Pakou and HAFA’s work, visit their website. 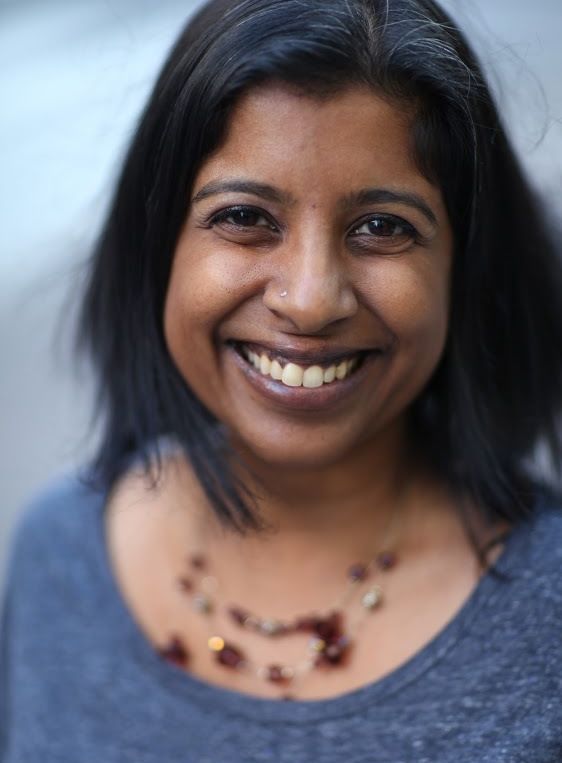 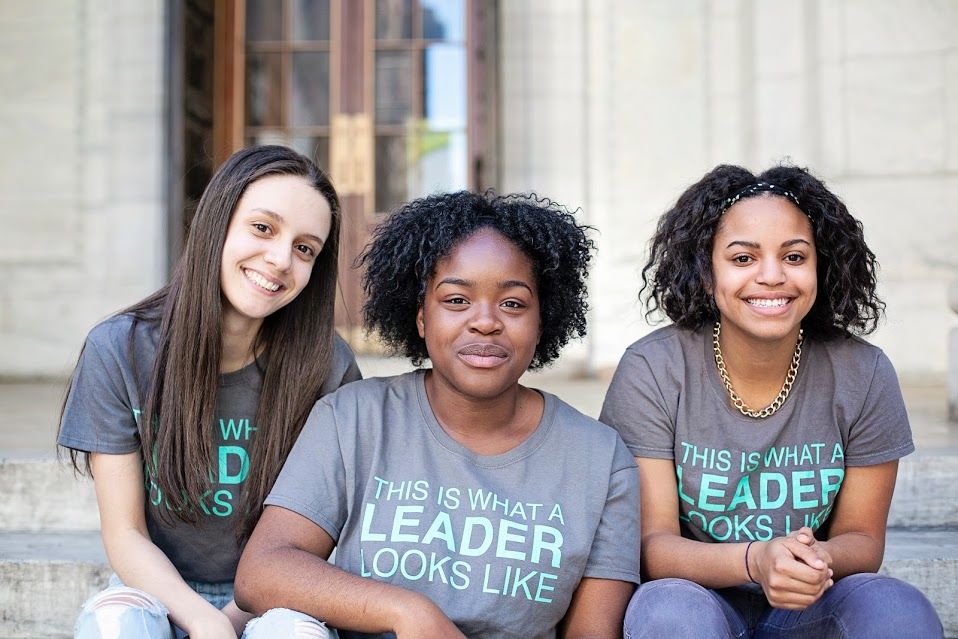 Sadie Nash Leadership Project: Hundreds of young women and girls across New York City and Newark take part in the Sadie Nash Leadership Project’s transformational afterschool, community engagement and summer school programs, all of which focus on social justice and building leadership skills. Program participants, or “Nashers” as the young women call themselves, have an opportunity to find their voice and dig into the issues that they care most about, and graduates of the program have a higher college graduation rate. In addition to earning the love and respect of the women and girls that the organization serves, Sadie Nash has been recognized by leaders across the city and country. Last year, Sadie Nash accepted the National Arts and Humanities Youth Program Award from Michelle Obama at the White House.

Two years ago, Chitra Aiyar (2004 Fellow) joined Sadie Nash as executive director. With nearly 18 years of advocacy and non-profit work behind her, Chitra has been a perfect fit for Sadie Nash. What she loves most about working with Sadie Nash? Chitra said, "I love that I have a job that allows me to put my politics into practice every day.  What does it mean to be a feminist and to build sisterhood?  What does it mean for an organization to operate on the principle that individual and collective advancement are not at odds?  It is a great fulfilling challenge and I'm learning every day."

You can learn more or donate to Sadie Nash here. 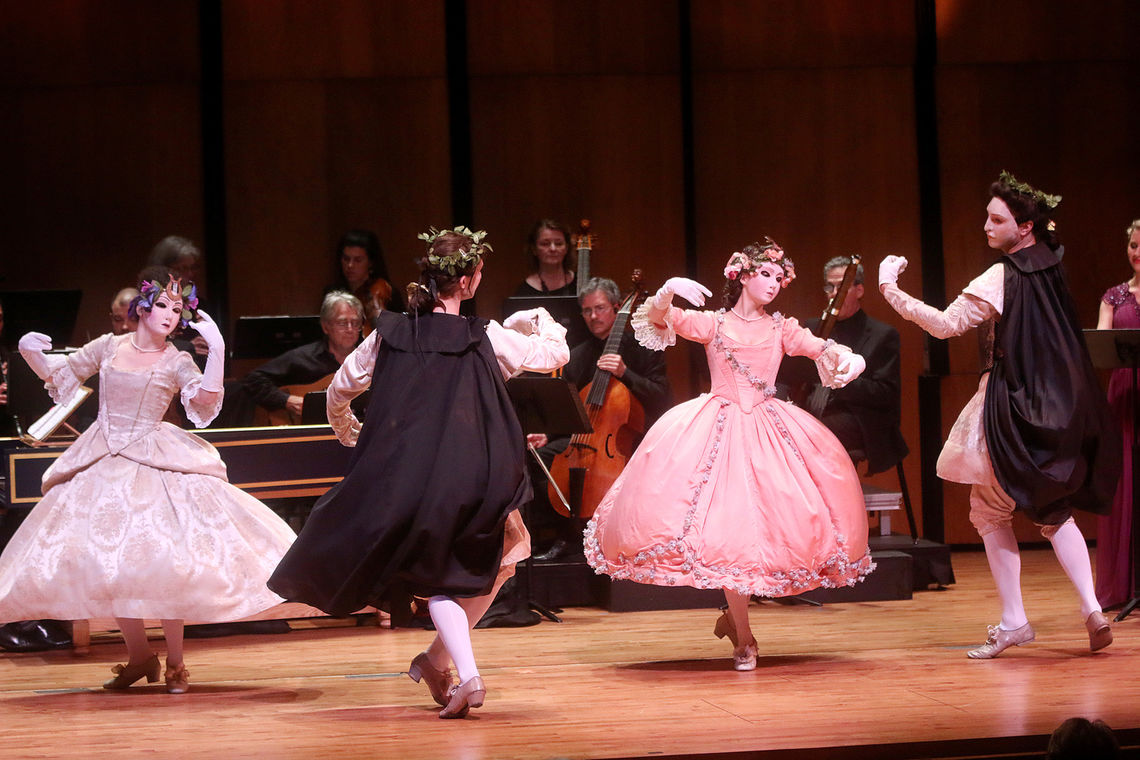 Ars Lyrica Houston ensemble performing “Homage to the Sun King” in a collaboration with the New York Baroque Dance Company Nov. 20, 2015 in Zilkha Hall Hobby Center for the Performing Arts.

Ars Lyrica Houston (ALH)- Back in 1998, renowned harpsichordist and conductor Matthew Dirst founded a vocal and instrumental ensemble in Houston. The group specialized in reviving forgotten masterpieces of the Baroque era on period instruments with careful attention to historical style and context. Soon enough, musicians from all over the world would come play with them, and the basis of what is now a thriving non-profit, Ars Lyrica Houston, was formed. Today the organization holds an annual concert series, which tours in Houston and across the country and which was recently nominated for a Grammy. With ALH helping to lead the way, Houston’s classical musical scene has blossomed over the years and is now abuzz with music festivals, new performing spaces, and programming throughout the city.

At the helm of the organization, is Kinga Skretkowicz Ferguson (2001 Fellow). Kinga, who was born in Poland, is well-equipped with both an MBA and a master’s of music for her role as executive director. Kinga has worked tirelessly to foster new audiences and to create programming that makes Baroque music more accessible to kids. "What inspires me every day is the beautiful music of the Baroque era and the talented musicians who work with ALH,” Kinga said. “By reviving those forgotten gems and making them relevant and appealing to contemporary audiences with innovative productions, mixed media, collaborations with groups like the New York Baroque Dance Company--- we recreate the musical experience of the golden age and preserve our rich heritage.” Explore the ALH calendar of events, or donate to ALH, here.