Roxana Daneshjou
Back to News & Events

Immigrants, we get the job done! declare Alexander Hamilton and Marquis de Lafayette as they sing about fighting the American Revolution in Lin-Manuel Miranda‘s acclaimed Broadway production, Hamilton.  On the evening of October 24, 2015, this phrase evoked a particularly thunderous applause from the theater, because all of the current recipients of The Paul and Daisy Soros Fellowships for New Americans were present. We are all “New Americans,” immigrants or children of immigrants, who are pursuing graduate school in the United States.  For our group, Miranda’s masterful telling of the immigrant ten dollar founding father, in Hamilton, resonated deeply.

At a time when immigration has become a hot button issue, Hamilton reminds us of the tremendous positive impact of immigrants on this country, starting with its very birth. Orphaned, Hamilton came to the Thirteen Colonies from the Caribbean with nothing.  From the beginning, like me and the other Paul & Daisy Soros Fellows, he was determined to make an impact.

In the opening song of the show, Hamilton sings, There are a million things I haven’t done, but just you wait, just you wait. Later, he exclaims, I’m just like my country, I’m young, scrappy, and hungry, and I’m not throwing away my shot! His tone is infused with raw determination---Hamilton wants to take advantage of the opportunities afforded to him in America after a life of struggle. This story is still playing out today, as many immigrants and first-generation Americans can attest.

As Miranda’s telling of the story makes clear, Hamilton wasn’t perfect, and he faced seemingly insurmountable difficulties and setbacks in his career and personal life. Yet, he made priceless contributions to the United States: contributing to the revolution, defending the Constitution through the Federalist Papers, serving as the first treasury secretary and helping to design the financial system that we use to this day. Hamilton’s accomplishments were driven by a tireless work ethic and a willingness to stand up for what he believed in.

At the close of the play, these words from the final song weighed on my mind: When my time is up, have I done enough?

My parents came to America to escape religious persecution after the revolution in Iran, where Baha’is have since been killed and banned from receiving a university education. Growing up in Texas, I felt the acute need to take advantage of my educational opportunities and to “tell my story” -- so that injustice and intolerance could be stamped out.  As I watched Hamilton, I realized that it was not just the story of a monumental Founding Father, it is our nation’s story and one that every New American sings. 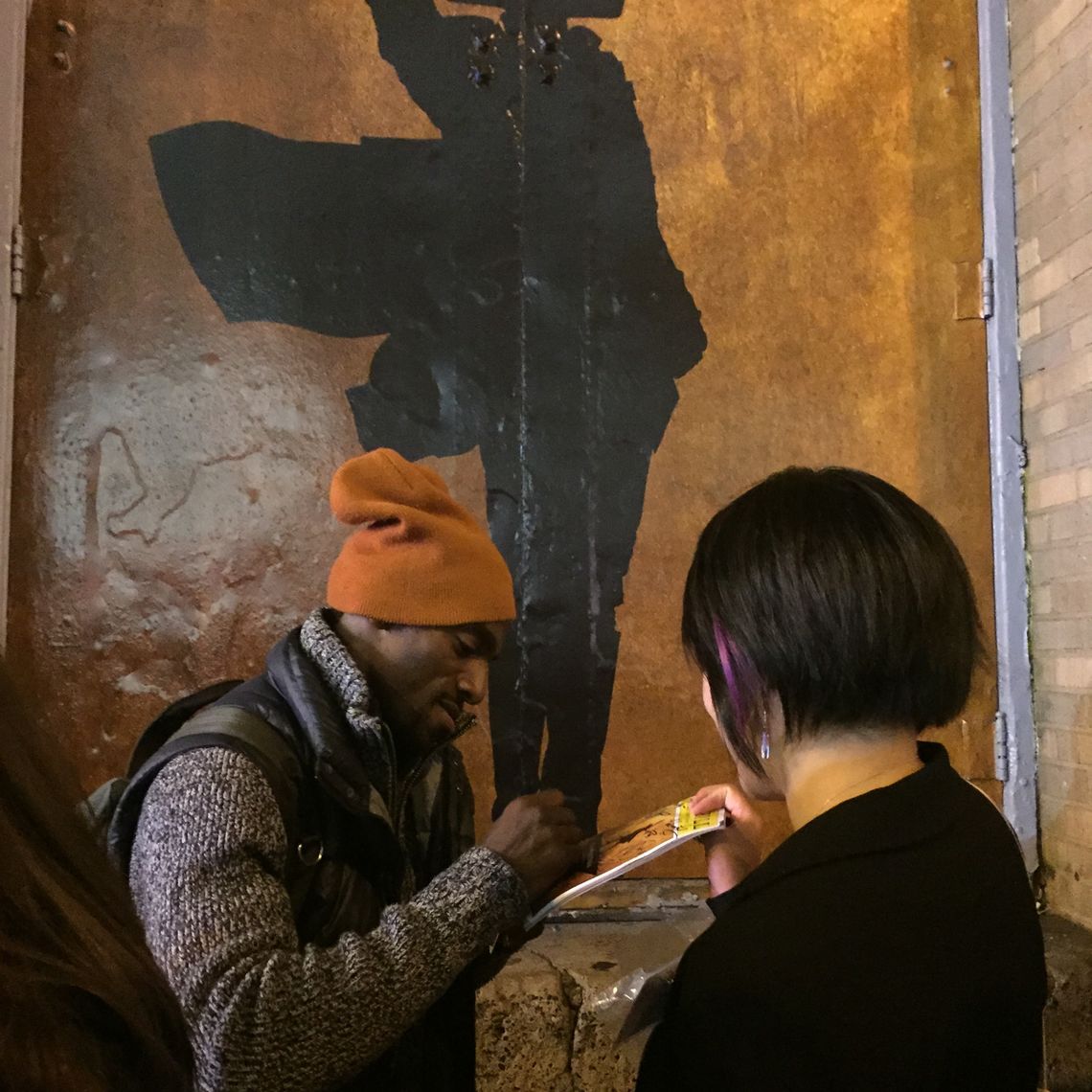 Tiffanie Hsu (2015 Fellow) waited to have her 'Hamilton' playbill signed after the performance. 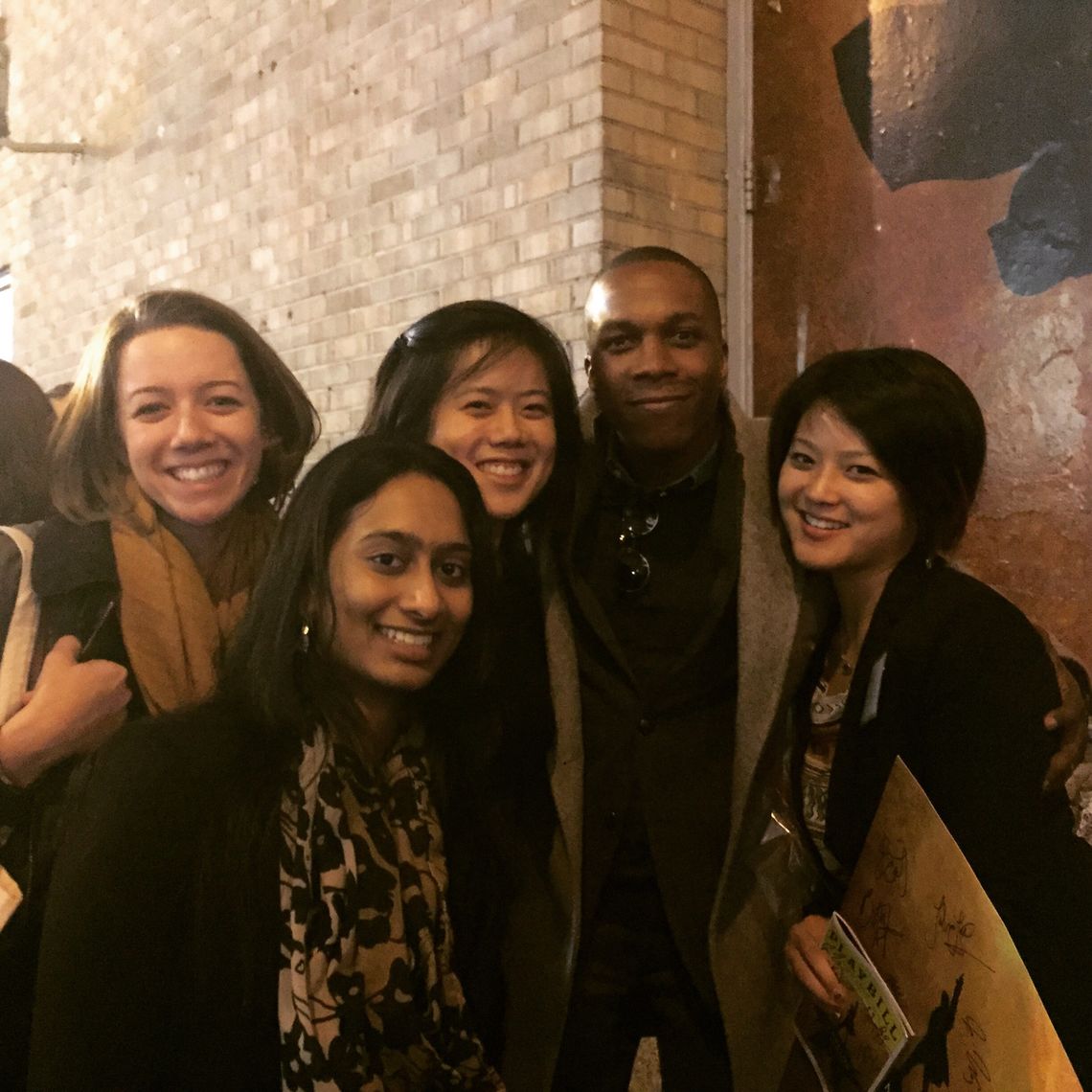 Leslie Odom, Jr. posed with a group of Fellows and staff after the performance of 'Hamilton,' which all of the Fellows attended over the 2015 Paul & Daisy Soros Fellowships for New Americans' Fall Conference.

Here are four reactions to Hamilton from New Americans and Paul & Daisy Soros Fellowships for New Americans recipients like myself:

"As a filmmaker and first-generation immigrant, I was completely floored by Hamilton. Not only is it incredible to learn about the greatest contribution any immigrant has made to this country since its inception, but to have it presented in a way that feels contemporary and relevant is a lesson to storytellers everywhere. It is truly the story of America then told by America now. And, if anything else, the fact that both Dick Cheney and Barack Obama have spoken of Hamilton’s brilliance - something that has yet to occur on any political issue - is a testament to its transcendence.”

"If you stand for nothing...what'll you fall for? The audacity of Hamilton's question to Burr, at the early onset of his career, reminded me of the great freedom I have to stand UP for what I believe is right and just, which for me is fighting for those who suffer from mental health conditions in the poorest parts of the world. My family often lived in fear of saying or doing anything that would threaten the lives of their loved ones, which would often be considered benign by U.S. standards. I feel a responsibility to honor this great privilege my family sacrificed everything for, and it inspires me to keep fighting even when things feel impossible. In the lyrically gifted rhymes of Hamilton: I am not throwing away, MY, SHOT!"

“Will I have done enough? Will they tell my story? Those are the lyrics that keep resonating in my head after seeing Hamilton on Broadway. A story of another immigrant coming up from the bottom, who adopted America as his country-- this musical made me question my identity and pushed me to think about my own potential: if the ten-dollar founding father sacrificed so much and worked so hard for this glorious land, what can I do for America, a country that has given me much more than I ever imagined? The fact that the show is written by Lin-Manuel Miranda, the son of Puerto Ricans, makes me feel proud of being part of the Latino community.  I think I can speak for all of the Paul & Daisy Soros Fellows: Miranda has managed to make a minority (immigrants) relate to a founding father, which is something I had never imagined before, but here I am inspired by the story of Alexander Hamilton.”

“Hamilton spoke to my heart! Being a first-generation American, understanding the potential this country has, and working day in and day out for the sake of intellectual revolution describes my life. Much to my surprise, this was also the life of Alexander Hamilton. His struggles and triumphs, both professionally and personally, deeply resonated with me and for that, I am so glad that his story was told in such a fantastic way. I hope the play will encourage those watching to be fearless with their advocacy, even in the face of adversity and even if it leads to political suicide, for Hamilton has reminded us that it is nobler to die for our ideas than to live while taking no stance at all.” 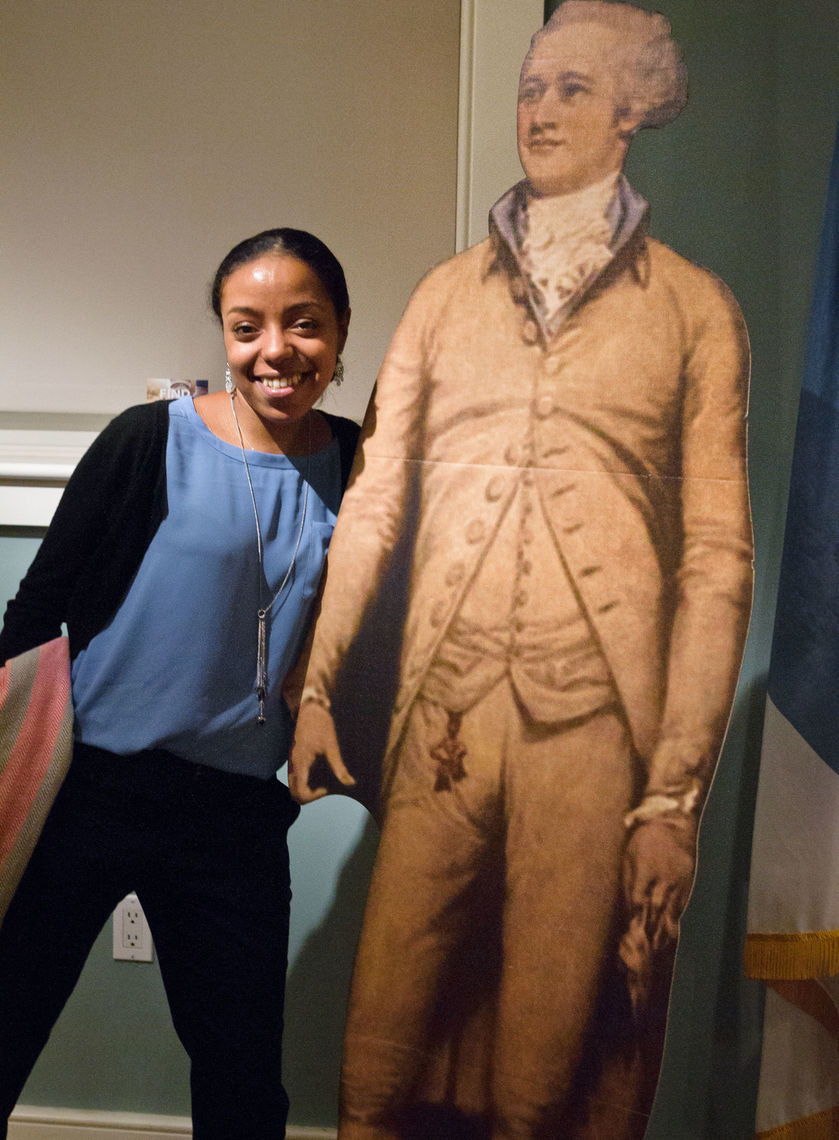 Amal Elbakhar (2015 Fellow) poses with Alexander Hamilton at the Hamilton Grange National Memorial in New York City. A group of Fellows toured the Grange together. 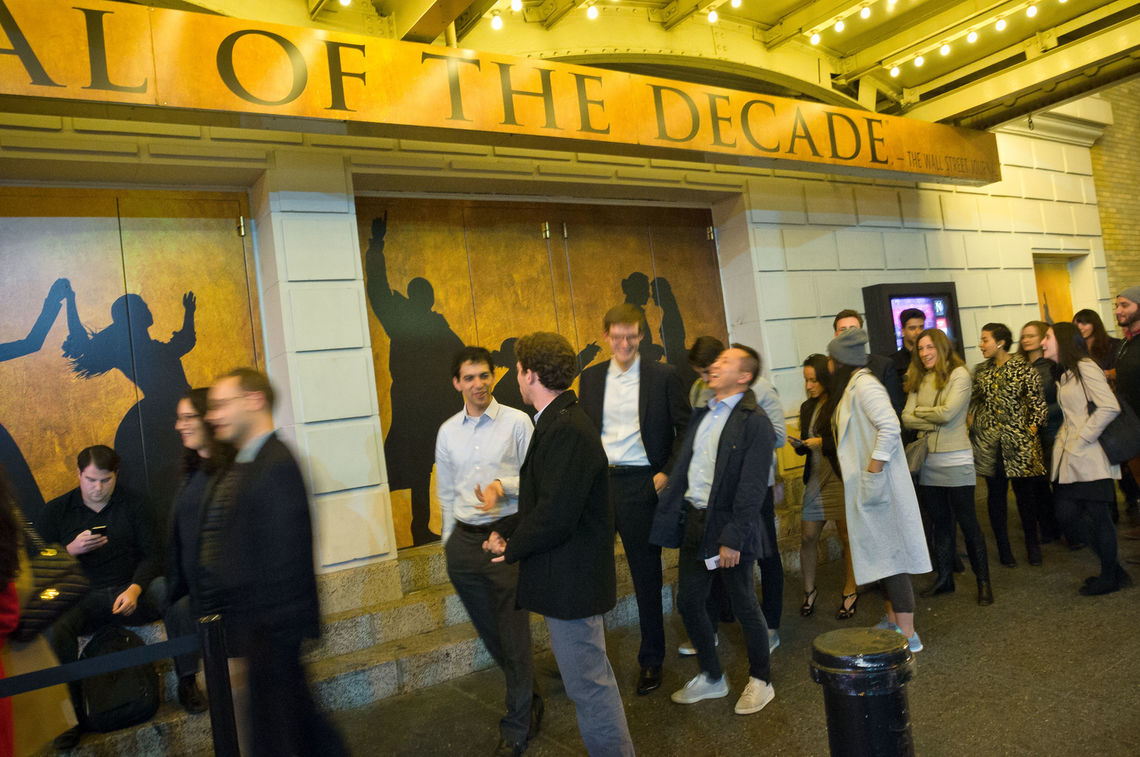 Fellows wait in line before 'Hamilton' the Broadway musical, which they saw at the 2015 Fall Conference.

Roxana Daneshjou is pursuing an MD and PhD in genetics at Stanford University. She is a 2014 recipient of The Paul & Daisy Soros Fellowships for New Americans.