Gerald Tiu
Back to News & Events

“The pursuit of health is in a larger sense the pursuit of justice,” said US Surgeon General Vivek Murthy, who is a 1998 Paul & Daisy Soros Fellow.

“For too many people, health is largely determined by forces beyond their control. Too many children grow up in neighborhoods where access to nutritious foods and opportunities for physical activity are scarce and where violence and trauma are common. Who is going to change these underlying drivers of health so that everyone has a fair shot at good health?”

Vivek posed these questions to the audience at the 2015 Paul & Daisy Soros Fellowship Fall Conference on October 24, 2015 in a dialogue that emphasized how Fellows can make their voices heard and bring about change in important issues. The conversation was led by Nadine Burke-Harris, a 1999 Paul & Daisy Soros Fellow and a San Francisco-based pediatrician turned CEO, who leads a pioneering health center focused on childhood stress and trauma. The Q&A session with Vivek explored topics ranging from Vivek’s immigration story to practical advice for those interested in reforming the American healthcare system. 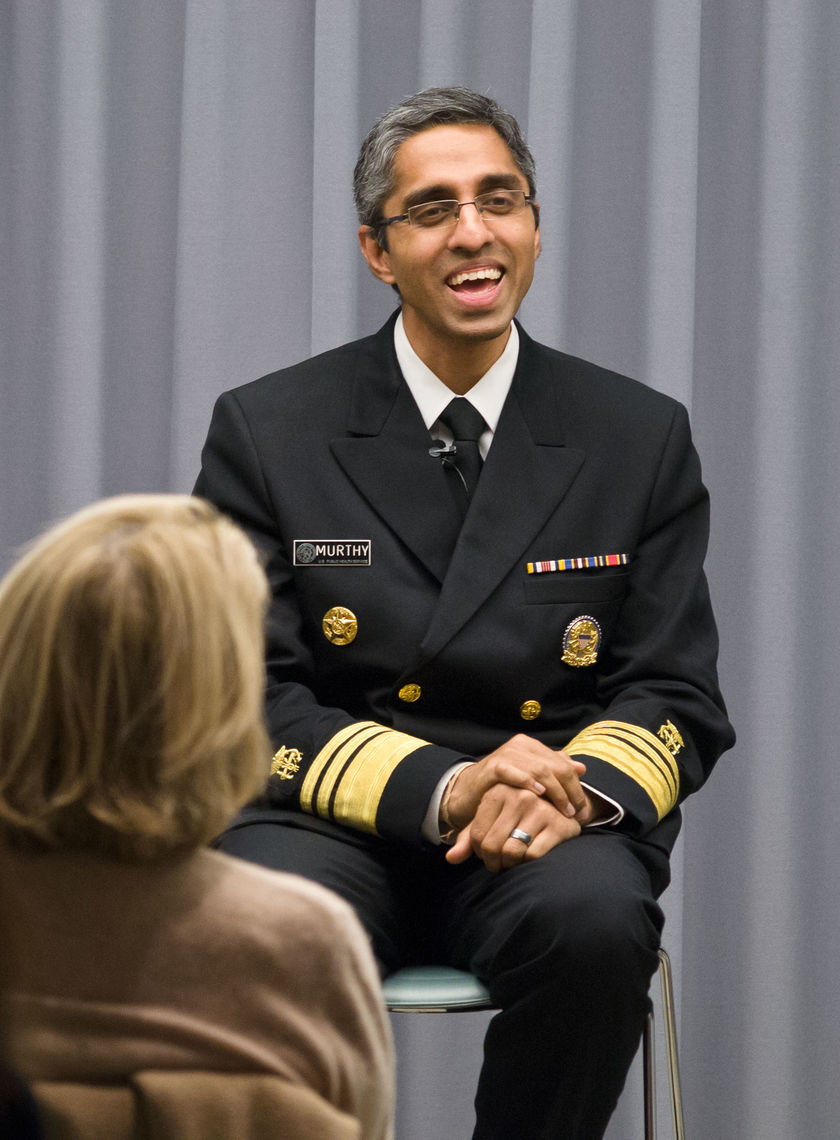 US Surgeon General Vivek Murthy (1998 Fellow) came back to the 2015 Fall Conference to talk with current Fellows about his career and how to make a difference. 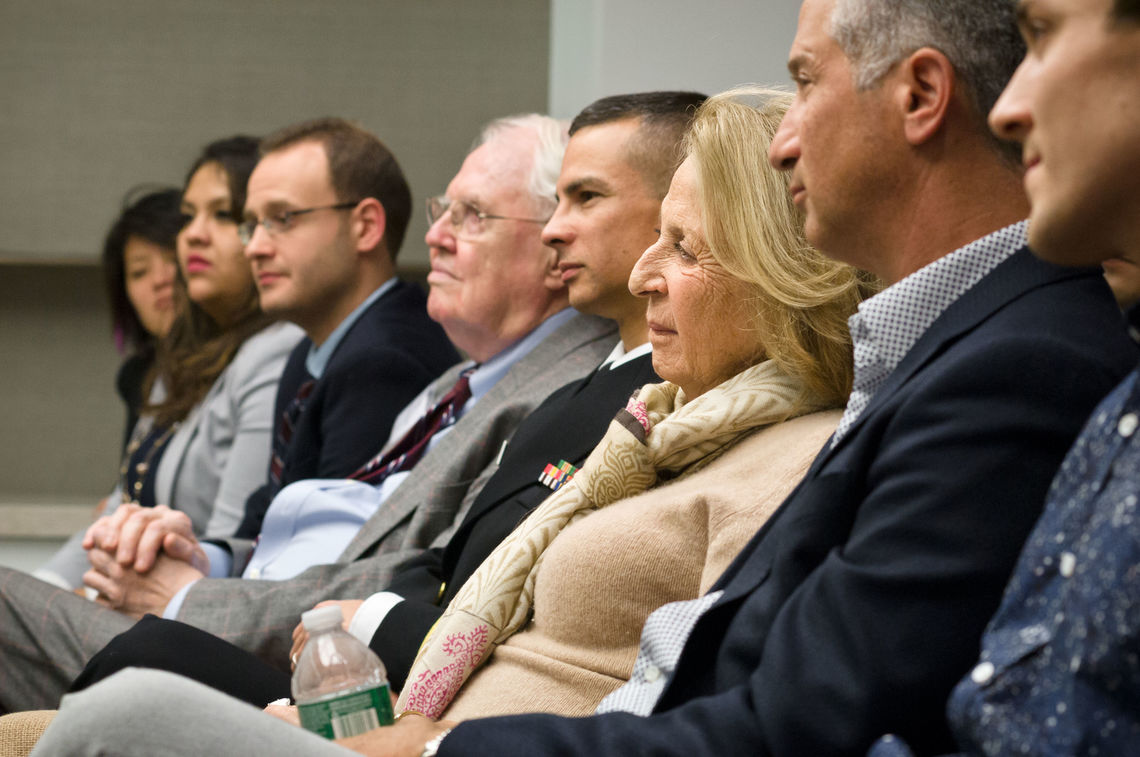 Members of the Soros family, along with Fellows and Director Emeritus Warren Ilchman, listened to the conversation between US Surgeon General Vivek Murthy (1998 Fellow) and Nadine Burke-Harris (1999 Fellow). 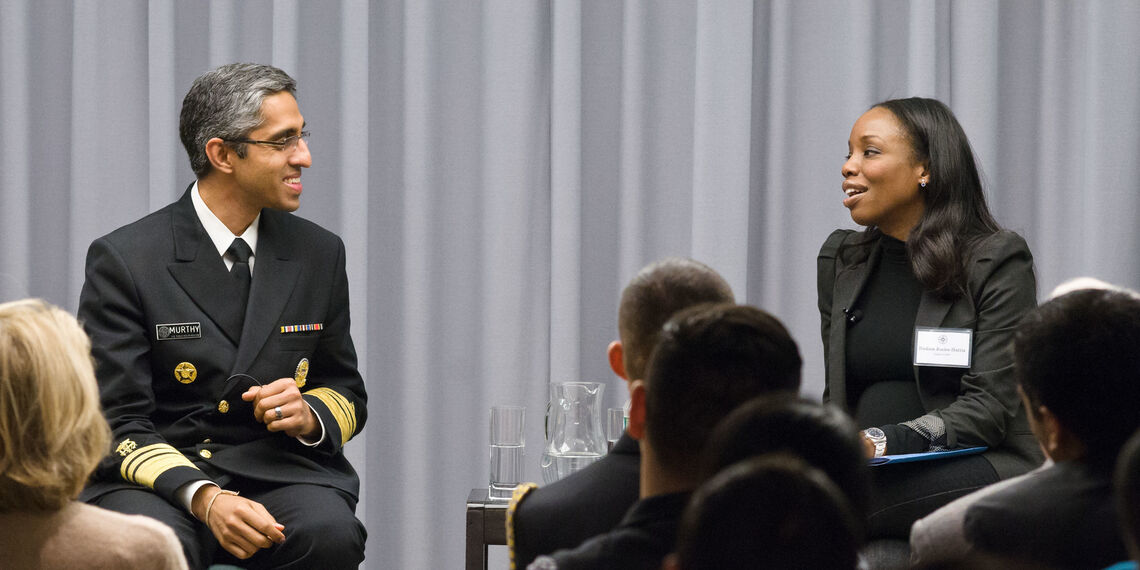 Vivek was born in England to immigrant parents from India. They moved to Miami, Florida when he was just three years old. According to Vivek, his father was the son of a farmer and grew up under humble circumstances. When Vivek recalled the lessons he learned from his parents and grandparents, he remembered that they embodied an “ethic of service.”

“No matter how little we have, there are always people who have less, and we have to serve them,” Vivek recalled his father saying.

This “ethic of service” continued into Vivek’s own life as he received his MD and MBA degrees from Yale and became an internal medicine physician and instructor at Harvard Medical School. He co-founded VISIONS, an HIV/AIDS education program in India and the United States, and co-founded Doctors for America, a non-profit organization aiming to promote affordable healthcare. In 2014, Vivek was confirmed as Surgeon General of the United States.

"I was touched by how Vivek’s family's cultural and immigrant values, with a particular emphasis on service, have guided his desire to improve the health of the American community," 2014 Paul & Daisy Soros Fellow Roxana Daneshjou said in response to Vivek’s life narrative.

When asked why he decided to take the position of Surgeon General, Vivek said it was because he thought it provided a unique opportunity to connect with communities and mobilize people to build a movement around health. 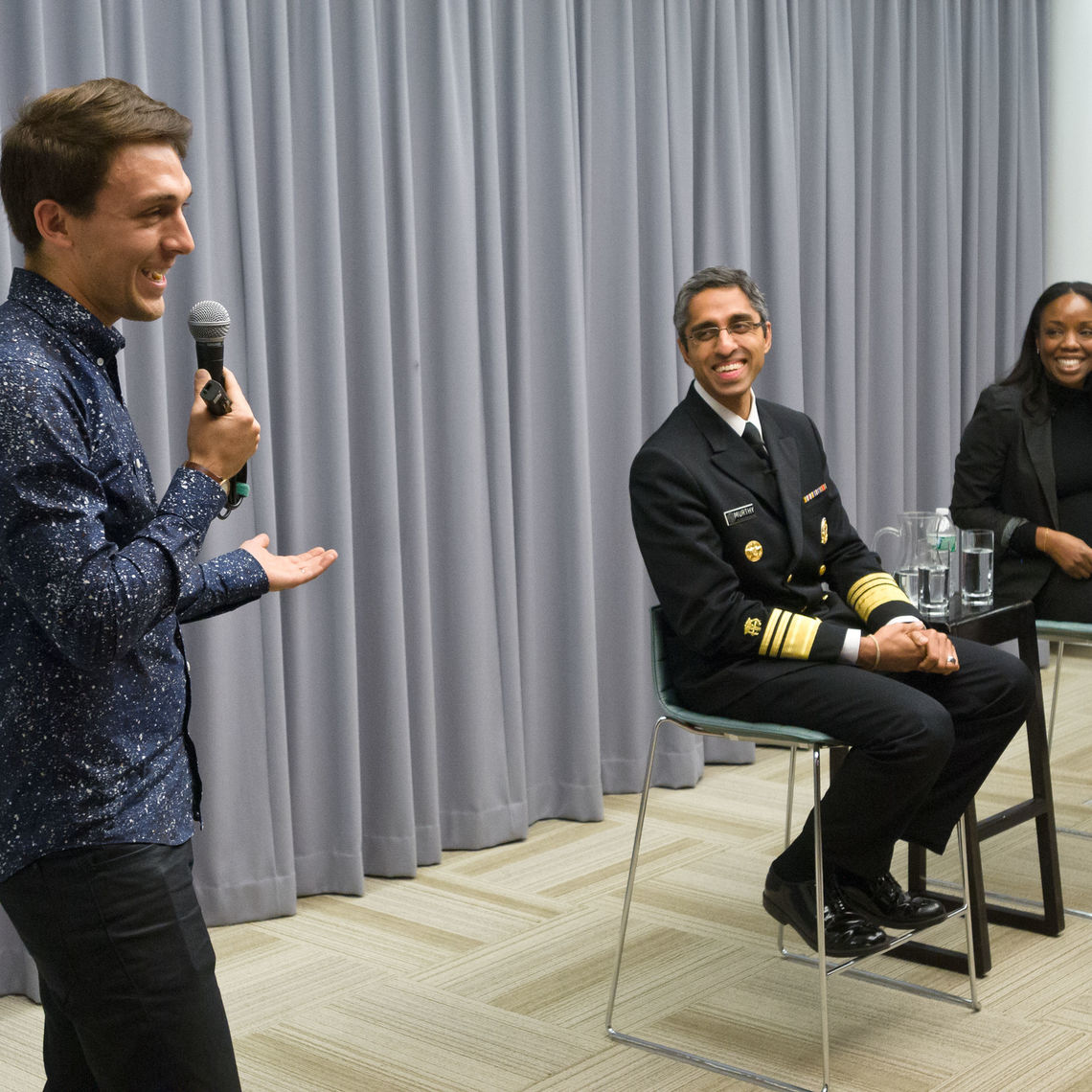 Vivek emphasized that in order to improve health, everyone has to participate in the movement and make their voices heard. “Everyone has a message to share,” Vivek said. “The country suffers if you don’t put your voice out there.”

Specifically, he highlighted three steps for individuals to publicly express their ideas: 1) be clear on your message, 2) tell engaging stories that illustrate your ideas to people, and 3) be as authentic as you can possibly be.

For Vivek, the issue of authenticity became especially salient when opponents of his nomination for Surgeon General picked up on a tweet he had posted years earlier speaking out against gun violence. Looking back, Vivek said that he did not regret posting that tweet despite the challenges he faced as a result of it.

“I feel better about myself knowing that I was authentic,” Vivek remarked. “If I had to choose between a life hiding in the shadow versus a life in the light of authenticity that may be more difficult, I would choose the latter.”

At the end of the conversation, Vivek encouraged the Fellows to speak up. He said that neither Congress nor politicians alone would be able to fix all the problems associated with poor health and health disparities. “We [the people] will have to build a movement for health and justice,” Vivek said.

"As a future physician, what resonated with me the most was this,” Daneshjou said in response to the conversation. “Vivek described the pursuit of health as the pursuit of justice because in an equitable world, everyone would have the wellbeing to pursue their dreams."

Gerald Chunt-Sein Tiu is pursuing an MD and PhD in genetics at Stanford University. He is a 2015 recipient of The Paul & Daisy Soros Fellowships for New Americans. 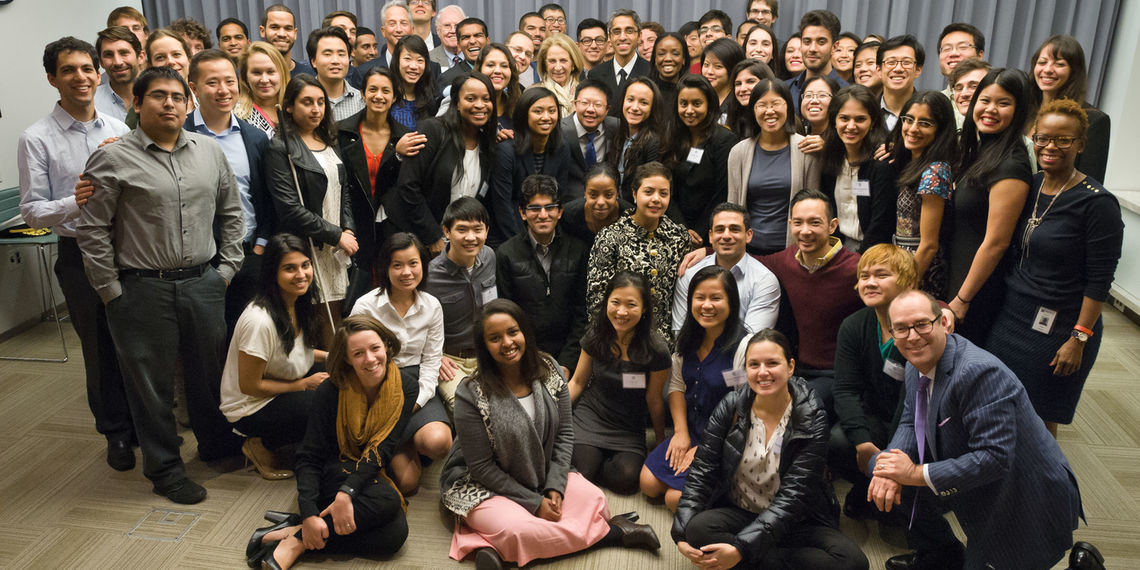