Caleb Gayle on His New Book: We Refuse to Forget

Jordan Tucker
Back to News & Events 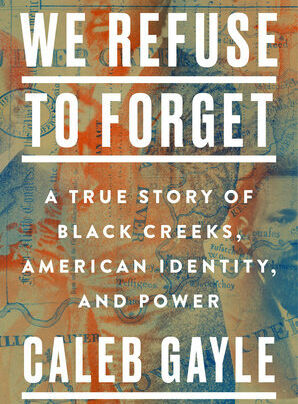 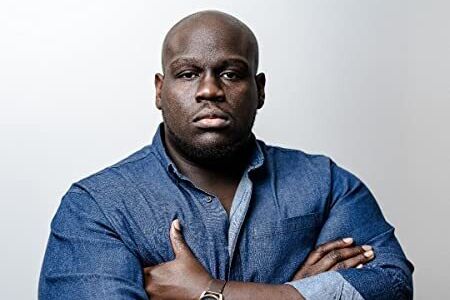 Hyphenated American identities are as old as the nation itself. But not every journalist, or intellectual for that matter, is courageous enough to reflect on how their complicated legacies affect marginalized groups today.

Luckily for us, Paul & Daisy Soros Fellow Caleb Gayle is one such scholar. His new book published this week titled, We Refuse to Forget: A True Story of Black Creeks, American Identity, and Power (Penguin Random House) examines the history and present day struggle of African Americans to secure rightful citizenship in the Creek Nation, a Native American Tribe with strong ties to Oklahoma.

As a project, We Refuse to Forget had its genesis in 2018, when Caleb was working for The Guardian in their newsroom and stumbled upon an article about Black Creek families suing for citizenship. What commenced was a journey to discover how Black Creek identity is complicated by a history of African-Americans being both enslaved within and leading citizens of the Creek Nation during critical moments in the past. Caleb understands it’s a story that will surprise many swaths of the public. But as a journalist, he’s keyed in on the questions that need answering, all the while remembering that some members of the public, including Black Creeks, have always known these answers. When discussing these families in our conversation earlier this year, Caleb mentioned that: “I realized that I had so much work to do to understand the things they did.”

Caleb’s research relied on archives, with special attention given to newspaper reporting, though it’s important to not forget that Caleb also interviewed contemporary Black Creeks. Caleb astutely noted that he hopes his work will usher in “a reconfiguring of the relatively myopic way we [American society at large] view Native American identity.” In this way, We Refuse to Forget is a much-needed step in the right direction.

Caleb was raised in Tulsa and has strong ties to the area through his volunteer work with several community organizations, but his approach to researching the legacy of Black Creeks wasn’t only informed by local connections. As a child born in New York City to Jamaican Immigrants, Caleb has a sophisticated understanding of how notions of race, identity, and citizenship are constantly being renegotiated by American society. When recounting his early years in school, Caleb notes the complexities and pressures of being seen as an immigrant “model minority” by his teachers while also being racialized as Black in an education system that has systematically disenfranchised Black children. As a consequence, Caleb became more conscious of the Tulsa world he inhabited, but also of larger worlds, including the African diaspora, while remaining committed to being a lifelong learner.

What’s wonderful about chatting with Caleb is that his voice carries a mixture of humility and curiosity, a sense that his love of learning aligns with his desire to promote the narratives and experiences of others. It’s a passion that would’ve made W. E. B. Du Bois proud. Following his undergraduate studies at the University of Oklahoma, Caleb studied at the University of Oxford before pursuing a BA/MPP in business and public policy at Harvard University as a Paul & Daisy Soros Fellow. In addition to currently working on a new book project, Caleb also teaches journalism at Northeastern University.

When reflecting on his immigrant experience as it relates to his mother and father, Caleb willfully noted that, “they've always been the inverse of what the expectation is for a Jamaican set of parents.” His gratitude for support also extends to the Paul & Daisy Soros Fellow community and how it provides an honest space for Fellows to discuss their ambitions and futures: “What I appreciate about the PD Soros [Fellowship] is that there's no kind of assumption that it's easy. But rather that we bring with us a series of stories that need to be told.”

We’re all fortunate that Caleb Gayle is around to help with the storytelling. ∎