Sophia Chen
Back to News & Events 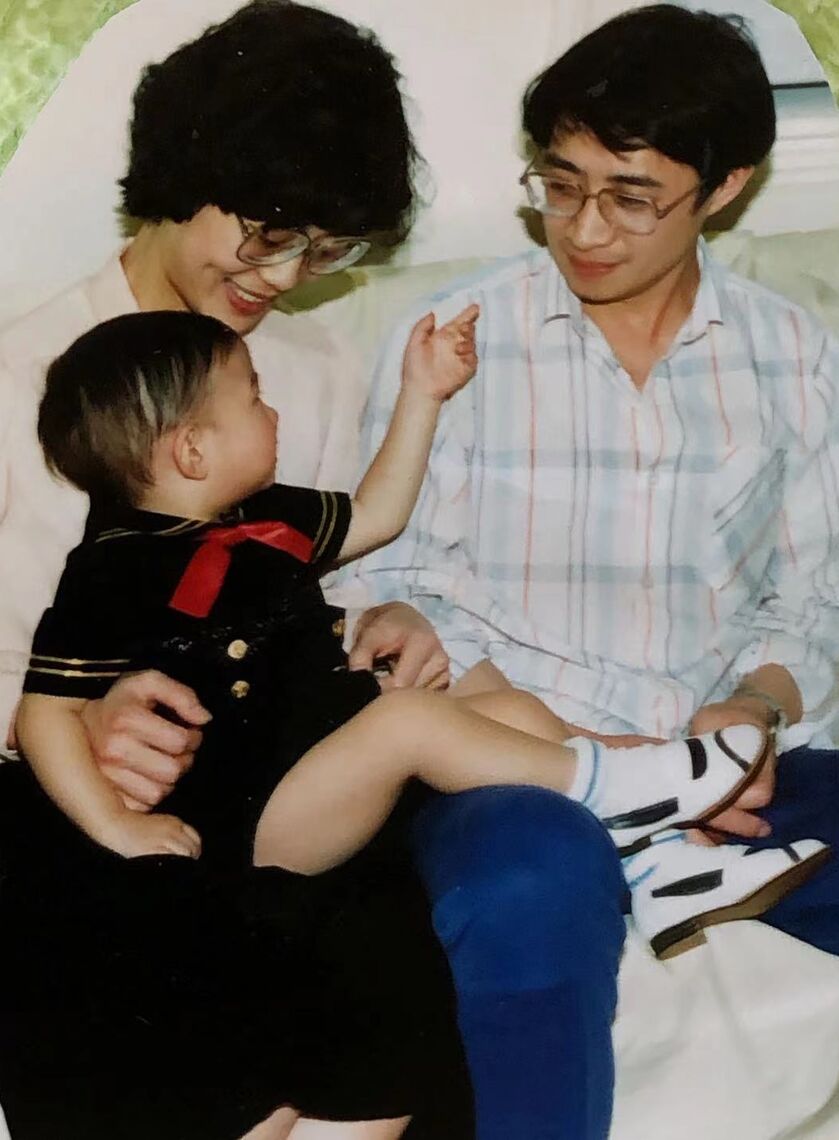 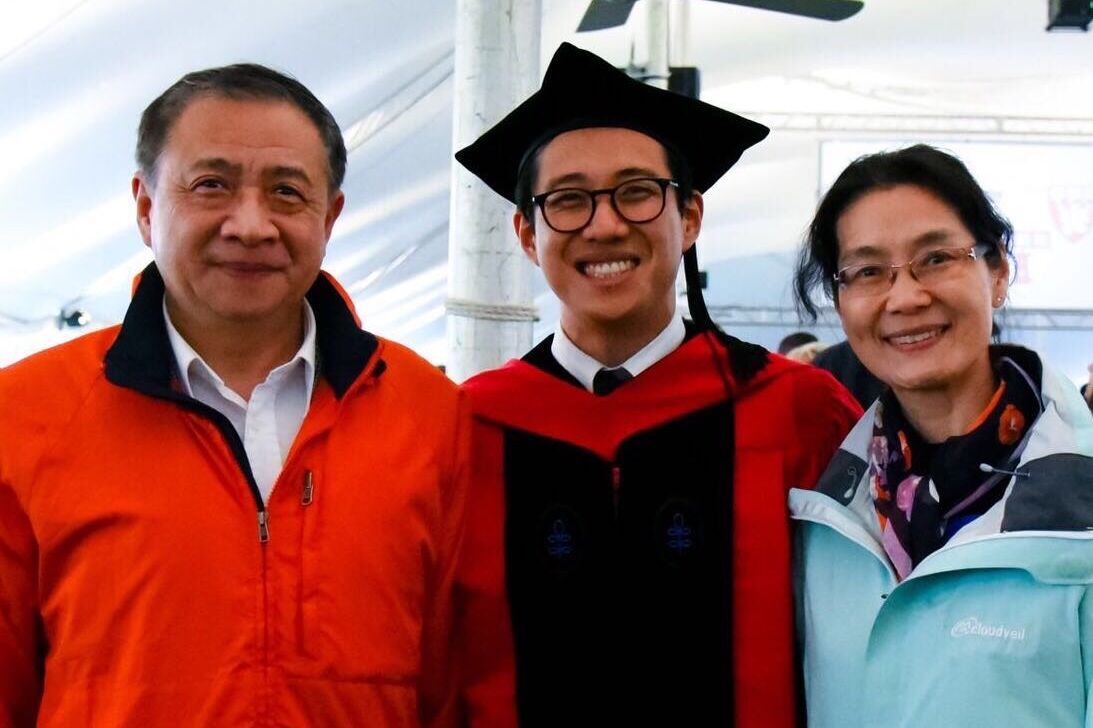 If pressed, Winston Yan can draw you a straight path from his past into the present.

Medicine runs in his family: one of his grandmothers was a pediatrician in Wenzhou, a city in southeast China. Her husband, Winston’s grandfather, was a cancer surgeon who taught himself how to perform rhinoplasties. In his later years, to help support the family, he operated a small plastic surgery clinic out of their house, which Winston remembers from when he lived with them from ages four to six. Winston’s mother is an anesthesiologist, and his father is a neurologist-turned-entrepreneur, both of them having immigrated to the US in the 1980’s.

It would seem inevitable, then, that Winston, 34, would work in biomedicine. In 2022, he earned his MD and PhD from Harvard University, and he is now an entrepreneur working to develop gene-editing treatments. “The retrospective telling is very clean,” he says.

But Winston seems almost surprised where he’s ended up. Growing up, he had no grand plans to follow in his family’s footsteps. His parents never pressured him to become a doctor. “My mom and dad wanted me to explore,” says Winston. “They were like, ‘Look beyond what we know. We came to this new country, so that you can seek other opportunities.’”

His parents’ perspective was their response to living through China’s Cultural Revolution in the 1960’s and 1970’s, says Winston. During that era, the Chinese government drove a violent campaign to overthrow any perceived non-Communist elements in society. “I know bits and pieces of how that really affected them,” says Winston. “They saw things they don’t necessarily want to talk about.”

But Winston’s parents did share with him the feeling of lost time. During their adolescence, the government shut down their schools. Beginning in 1966, college entrance examinations were cancelled until 1977. His parents, born in 1954 and 1957, attended medical school after they were reinstated, and they finished their education well into twenties. “By standards of modern American medical training [they weren’t] old at all, but they always felt like they had missed a foundational step in their lives and educations,” says Winston.

This story formed the backdrop for Winston’s own life. While his parents encouraged Winston to explore based on his own curiosity—which led to an undergraduate degree in physics at Harvard—Winston became aware of the immense opportunities before him. “Their story really influenced me,” he says. “That mentality of not taking things for granted, to work hard, to make sure you contribute something positive in the world—was drilled into me at a young age.”

After graduating, Winston developed a mobile app for local businesses to advertise to Harvard students and scaled the project for other campuses. He considered working for Google and for a venture capital firm. Ultimately, he decided on Harvard’s MD and PhD program—out of a deep desire to help as many people as possible. The MD would allow him to directly work with individual patients, while he could work to advance treatments more broadly through the PhD.

Graduate school threw him into the middle of a scientific revolution. Winston’s PhD adviser was Feng Zhang, a biologist at the Broad Institute who had recently pioneered the gene-editing technology CRISPR. Researchers had shown that they could harness CRISPR, based on DNA found in the immune system of bacteria, to easily cut DNA in cells like scissors. The technique had potential to transform medicine, agriculture, and more.

“It was all hands-on deck, all the time,” says Winston of his years in Zhang’s lab. “It was not only about doing the science and just publishing papers, but also sharing those results with the world.” Winston and the rest of the lab acted as “support staff” for global scientists’ questions about CRISPR—hosting workshops, writing manuals, building online forums dedicated to the technology. CRISPR lived up to the hype to enable applications ranging from a new sickle cell disease drug, currently in clinical trials, to a genetically altered tomato that produces vitamin D.

In 2016, Winston’s work on CRISPR led him to co-found Arbor Biotechnologies, a biotechnology startup. Nature has evolved bacteria with “many, many, many flavors of CRISPR,” says Winston, each with variable attributes such as size and accuracy. At Arbor, scientists look for new flavors of CRISPR in all sorts of genomic data, salvaged from samples from ocean water or swabs from subway surfaces. Then, they use Arbor’s platform to screen and develop a diverse range of CRISPR tools, each tailored to treat a given genetic disease.

Winston also helps run the N=1 Collaborative (N1C), a nonprofit that supports the development of treatments for ultra-rare diseases. Pharmaceutical companies have no economic incentive to focus on these diseases, some of which only have dozens of patients. “These ultra-rare disorders are individually rare, but collectively affect millions worldwide. It's critical that these new programmable treatments don’t just benefit a few lucrative diseases, but provide equity and access to patients who otherwise have zero available treatments." Tools like CRISPR make it possible to develop bespoke treatments by “reprogramming” approved drugs. The nonprofit is working with academics and regulators to standardize the process for this new class of individualized medicines.

To succeed at these entrepreneurial projects, Winston draws from his varied background: his understanding of gene-editing tools as well as his experiences of the humanity of patients in medical school. “I'm really drawn to work that makes that final impact on patients,” says Winston. Arbor and N1C, he hopes, will make that impact.

He sees his career as the culmination of the freedom he had to explore when he was young—a freedom that he credits to his parents. “The way I would frame it today is, ‘You’ve been given this chance to do what you want,’” he says. “‘Don’t waste the opportunity.’” ∎