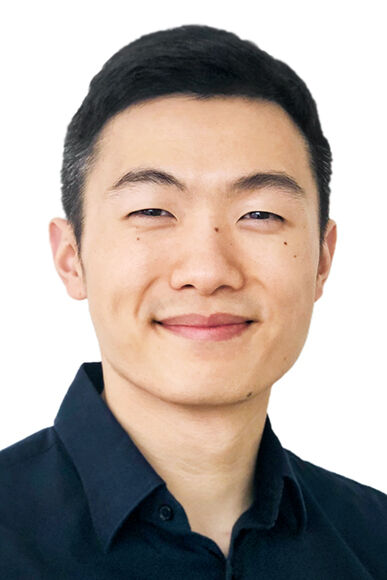 Brian Y. Chang is the child of immigrants from China

Born in Johnson City, New York, Brian Y. Chang is the son of immigrants from the Shanghai municipality and Shandong Province in China. Brian’s father completed his graduate studies in engineering and his mother continued her medical training when they came to the United States. While moving several times across the country, Brian grew up surrounded and inspired by his parent’s love of learning.

Wandering through his father’s workshops at a young age sparked an early passion for invention, leading Brian to pursue undergraduate and master’s degrees in mechanical engineering at Carnegie Mellon University. He graduated in a combined four years with honors. After college, Brian worked at the Department of Energy’s National Energy Technology Lab, designing carbon-capture and fuel cell technologies to decrease fossil fuel emissions. He later completed a PhD in medical engineering at MIT. Under the mentorship of Elazer Edelman, Brian developed methods that make advanced cardiac technologies more accessible. The resulting approaches are used in hospitals around the world. Brian published his research in eight peer-reviewed articles and five related patents.

Seeing his graduate work implemented in the clinic, Brian realized the power of engineering to improve patient care. He became committed to breaking down the barriers of inequitable and inaccessible medical care. Towards this goal, Brian cofounded X-COR Therapeutics, a seed-funded medical device startup developing a more accessible treatment for lung failure that has the potential to support patients with severe COVID-19 and chronic obstructive pulmonary disease (COPD).

After spending time in the hospital connecting with patients and teaching cardiovascular pathophysiology to medical students, Brian decided to attend medical school. He is currently a medical student in the Harvard-MIT Program in Health Sciences and Technology. Brian hopes to advance health care through medical device innovation and education as a future physician-scientist, entrepreneur, and educator. He is eternally grateful for his parents’ sacrifices and his mentors’ generous support.