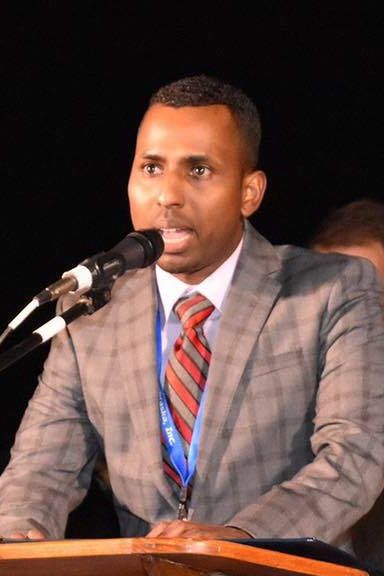 Dekow Sagar is an immigrant from Somalia

Dekow Diriye Sagar was born in Somalia, a country that has not known peace for the last two decades. His “immigrant story" begins in his home village, Bardere, in 1992 when he was eight years old. In one horrific day, he lost his home and many loved ones and began the journey that brought me to America 15 years later. Dekow Sagar  is very a passionate advocate of refugee, immigrant and marginalized populations. He have lived in the United States since the end of 2007, holds a master's degree in public administration with concentrations in public policy and administration from Drake University and Masters in Business Administration from West Texas A&M University. He also earned dual bachelor's degrees in Political Science and Human services from Grand View University. He possess more than fourteen years of professional experience in Africa and the United States, including leadership roles in international organizations and government institutions in the areas of health, food security and community development, education, social work, refugees and immigrations.

He Walked 370 Miles To Escape Somali War And Spent 16 Years In A Kenyan Refugee Camp. Now He's Working In Omaha To Help Others