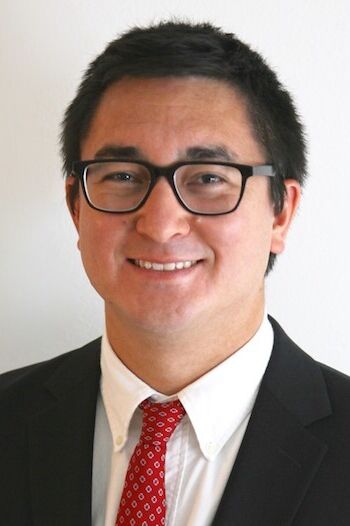 Philip Bulterys is the child of immigrants from Belgium and China

Fellowship awarded to support work towards an MD/PhD in Medicine and Molecular Biology at University of California, Los Angeles (UCLA)

Philip was born in Los Angeles to a Belgian father and Chinese mother, both of whom were trained in epidemiology and public health. The family moved to Rwanda when Philip was one year old, where his parents conducted HIV research, but their work was disrupted by the Rwandan genocide. After a decade back in the U.S., the family moved to Zambia where Philip completed high school. He returned to Zambia following his freshman and sophomore years of college as a visiting researcher with the Malaria Institute at Macha.

Philip attended Stanford University where he majored in biology with a concentration in microbiology and immunology. At Stanford, Philip served as Director of Education for FACE AIDS, a national student organization, and volunteered as a middle school health tutor. He also conducted research on HIV/malaria coinfection and HIV evolution with Dr. Dmitri Petrov and Dr. David Katzenstein. He graduated with honors in 2010.

Philip entered the UCLA-Caltech Medical Scientist Training Program in 2010, received a Ph.D. in Molecular Biology in 2017, and his M.D. in 2019. For his Ph.D. thesis, Philip studied the Tier 1 select agent bacterial pathogens, Burkholderia pseudomallei and Burkholderia mallei, in the laboratory of Dr. Jeff F. Miller (member of the National Academy of Sciences). He developed a high-throughput small molecule screening platform that successfully identified several new therapeutic leads for these high-consequence pathogens, which he reported in a first-author article in PNAS in 2019. He also contributed to the discovery of novel features of Burkholderia pathogenesis. Philip’s M.D./Ph.D. training was supported by a Soros Fellowship for New Americans and an NIH NIAID F30 Fellowship.

Philip is currently a resident in Anatomic and Clinical Pathology at Stanford Health Care, and the 2022-23 chief resident in Clinical Pathology. During his residency training, Philip has been involved in institutional COVID-19 response efforts. He also received awards to optimize a low-cost transcriptional assay for lymphoma diagnosis in Kenya, and to define the histopathologic features of talaromycosis (a poorly-understood opportunistic fungal infection affecting HIV patients in SouthEast Asia). He will be a fellow in hematopathology at Stanford in 2023-24, and hopes to pursue additional fellowship training in dermatopathology. After his training, he plans to focus his efforts on improving the diagnosis and treatment of lymphoma and neglected/newly emerging tropical infections in low-resource settings.