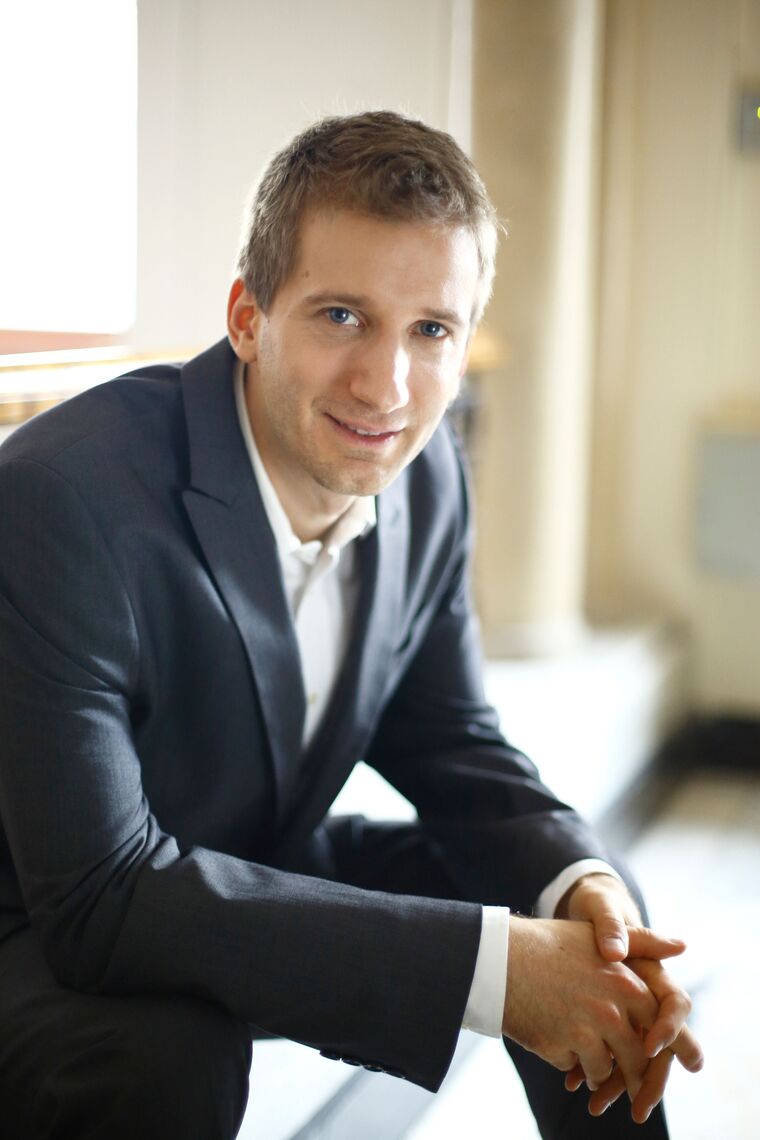 Yaniv Segal is the child of immigrants from Israel and Poland

Creative polymath Yaniv Segal has achieved critical success since childhood for his work as a conductor, composer, actor, and violinist. A rising star who is “redefining classical music” (Esquire Magazine), Yaniv is Music Director of the Salina Symphony, Conductor Laureate and Artistic Advisor of the Chelsea Symphony, and former Assistant Conductor of the Naples Philharmonic and Detroit Symphony Orchestra. He has assisted at the New York Philharmonic and collaborated with performers ranging from Yitzhak Perlman to the Beach Boys. Guest conducting engagements have included the Minnesota Orchestra, Kansai Philharmonic, Sinfonietta Cracovia, and Beethoven Academy Orchestra, with performances described as “enthusiastic, lively, and incisive” (Giornale di Sicilia) and “illuminating” (New York Times).

In 2020, NAXOS released Yaniv’s Beethoven REimagined, a commercial recording made with the BBC National Orchestra of Wales. Called “exciting [and] outrageous” by the Times of London, the album presents contemporary music inspired by Beethoven arranged and written by Yaniv as well as composer/DJ Gabriel Prokofiev. Previous commercial releases include the works of David Chesky on Joy and Sorrow, and The Mice War–an opera that teaches the children about the folly of war.

Drawing on his experience as a music educator and father, Yaniv wrote The Harmony Games in 2018 to introduce school-age children to the orchestra while connecting music and math; it has already been performed over fifty times. Yaniv’s works have recently been performed by the Reno Philharmonic, Ashland Symphony Orchestra, Grand Rapids Youth Symphony and Classical Orchestra, and Norwalk Symphony.

Yaniv grew up in New York with a Polish mother –a violinist who was one of the first women in the New York Philharmonic– and an Israeli father –a luthier who made the instruments his family plays on. As a child, he sang at the Metropolitan Opera, then starred as Colin in the International Broadway Tour of The Secret Garden, and was “convincing” (New York Times) as Joe in Tom Stoppard’s Hapgood at Lincoln Center. He studied violin with Setsu Goto, and twice was a soloist with the Yonkers Philharmonic. Yaniv attended Vassar College and earned graduate degrees in conducting and composition at the University of Michigan with support from the Paul and Daisy Soros Fellowship for New Americans. He has also studied with Lorin Maazel and Kurt Masur, and continues to receive mentorship from international conductors Leonard Slatkin and Andrey Boreyko.