Katherine Trujillo
Back to News & Events

In college, I was very involved with a number of organizations and causes. My passions seemed to encompass a wide range of issues—from immigrant and refugee rights to poverty and inequality in the United States, and from women’s empowerment initiatives to recruitment and retention efforts for under-represented students on campus. Given this mixed array of interests, I never knew how they would come together—intellectually, academically or professionally. The summer after my sophomore year, I yearned to make sense of these passions while gaining meaningful experience abroad.

Through a quick Google search, I learned about Humanity in Action (HIA), an international education program that aims to ‘educate, inspire and connect a global network of students, young professionals and established leaders committed to promoting human rights, diversity and active citizenship—in their own communities and around the world’. Excited and enticed by its ambitiously broad mandate, I applied for its summer fellowship, which pairs US students with their European counterparts for a six-week long program in Denmark, France, Germany, the Netherlands and Poland. 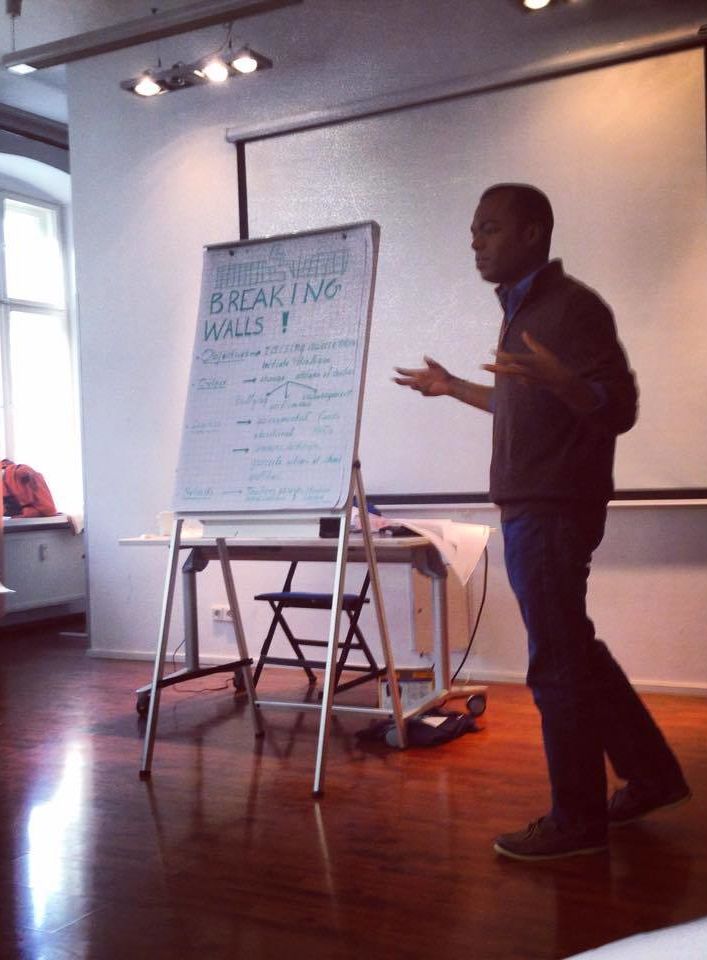 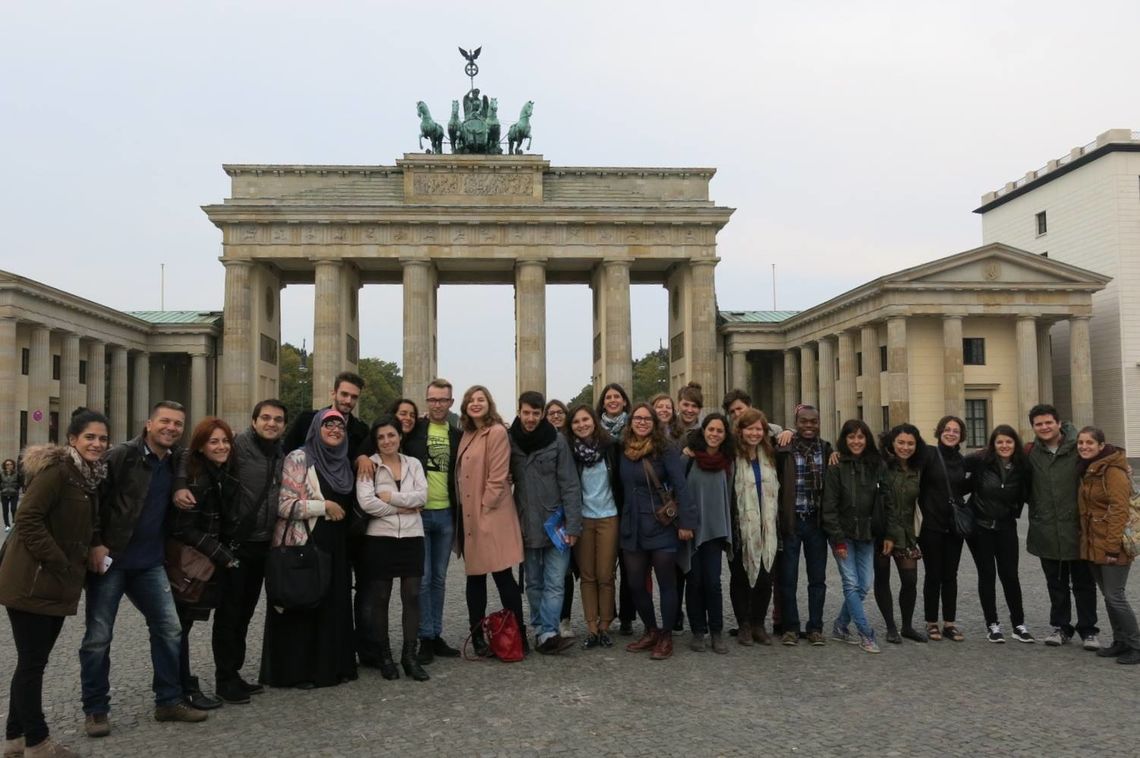 In October 2014, I participated in a study trip to Berlin focusing on nationalist and extremist movements in Europe. Here we are posing in front of the Brandenburg Gate before meeting with the US ambassador to Germany. - Katherine Trujillo (2015 Fellow)

In early June of 2010, I boarded a plane headed to Denmark with little to no idea of what lay in ahead for me. I had been selected to participate in the Humanity in Action summer fellowship in Copenhagen. Joining a cohort of twenty American, Danish and Bosnian fellows—with whom I would spend practically every waking moment for the next six weeks—I became immersed in Danish culture. I lived with a host family and adopted the local lifestyle of bicycling through the streets of Copenhagen. The fellowship itself consisted of site visits with local NGOs, government officials, activists, artists, and members of civil society, as well as lectures and intense group discussions. It was baptism by fire, as I dove into intellectually rich debates with fellows with views far different from my own and who challenged my preconceived notions of equality, freedom of speech, oppression and justice.

In this whirlwind experience, academic, professional and social spheres blurred into one; debates from the classroom regularly extended into the pub, and often resurged while strolling through the vastly different neighborhoods of Copenhagen, where unsuspecting Danish residents were often pulled into the discussion as well. During the last two weeks of the fellowship, we produced articles, presentations and creative projects that tackled topics relevant to minority rights in the Danish context. My group—comprised of a Dane, Swede and an American—wrote about the representation of ethnic minorities in the media. This was inspired by the disconnect we noted from a conversation we had had with the editor-in-chief at Politikens, a leading Danish newspaper, and the lived experiences of ethnic minorities we had gotten to know through interviews in Copenhagen. There were many uncanny parallels in the ways that Denmark, widely-recognized as a socially progressive and equitable country, and the United States, laden with the legacy of slavery and Jim Crow, addressed race and represented the ‘Other’. These are parallels that I have continued to see in my study of human rights throughout the world. 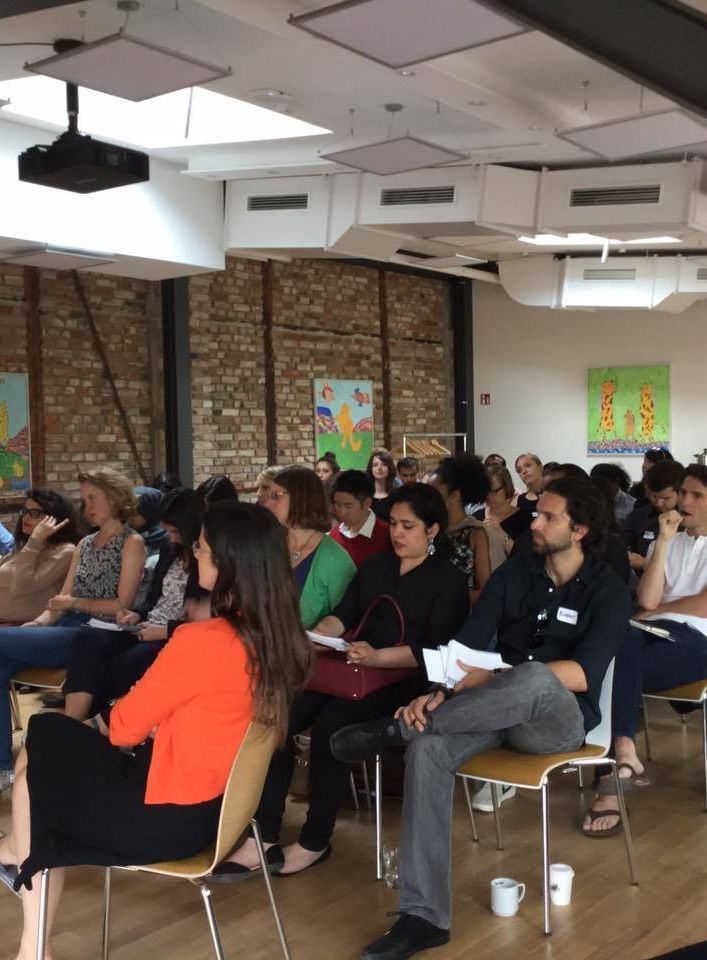 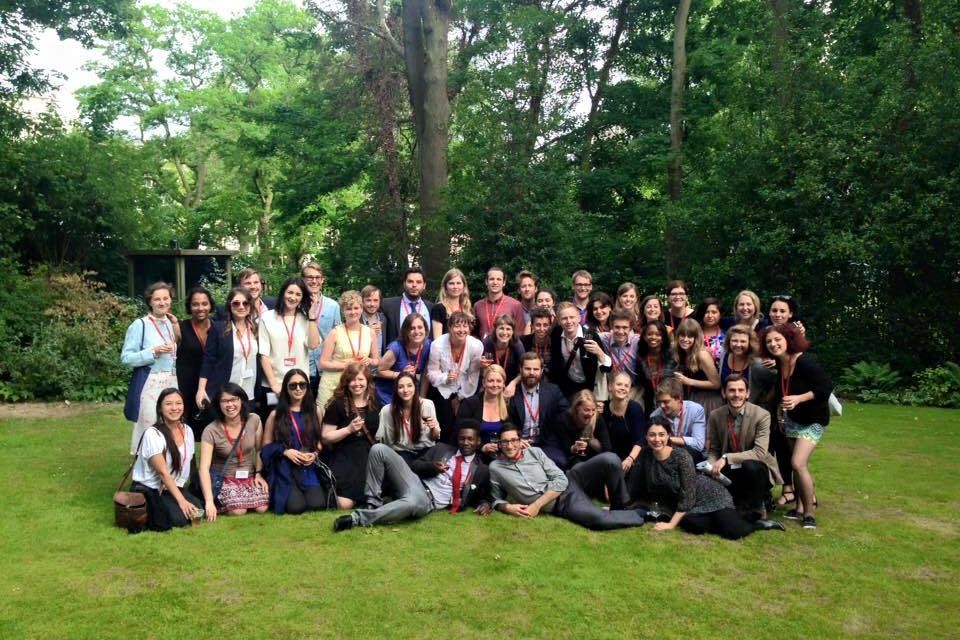 Generations of HIA fellows who participated in the Danish program reunited at the home of the US ambassador to the Netherlands in The Hague in June 2015. - Katherine Trujillo (2015 Fellow)

In one short summer, I learned the value of a global perspective and witnessed first-hand how issues of minority rights transcend national borders. I also finally accomplished what one of my favorite authors, F. Scott Fitzgerald, regards as key– ‘the ability to hold two opposed ideas in mind at the same time and still retain the ability to function’.  My ideals were challenged, and my character was tested, yet I emerged a better person because of my participation in this fellowship.

I have since remained active in the HIA network by participating in conferences, study trips and as the program associate for the Diplomacy and Diversity fellowship, which brings together graduate students from the US and Europe to discuss the changing international dynamics of diplomacy and diversity.

The HIA network is rich and expansive. It offers a number of opportunities for individuals committed to protecting minority rights, and the values of diverse, democratic societies. For more information, check out http://www.humanityinaction.org/. 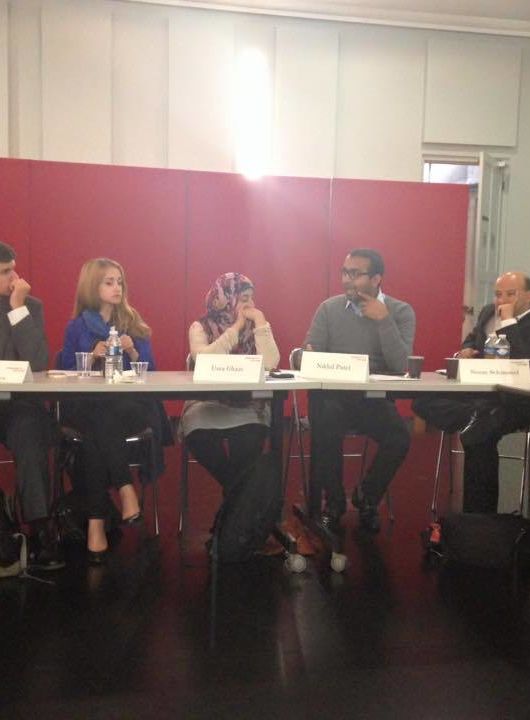 D&D and summer fellows gathered in a multi-purpose space in Berlin to discuss how NGOs address minority rights in Germany. - Katherine Trujillo (2015 Fellow) 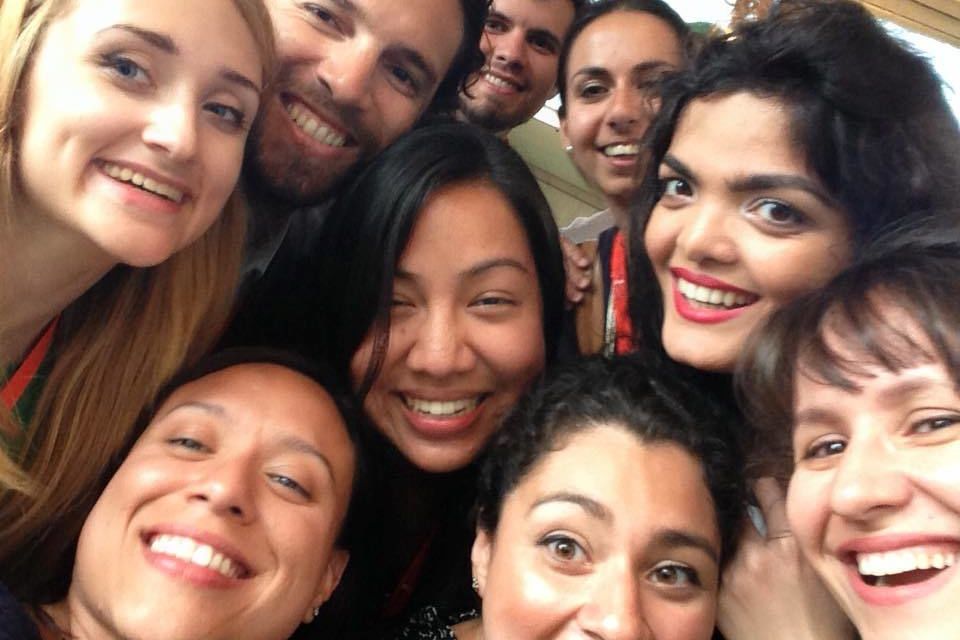 The Diplomacy and Diversity fellows gathered for a spontaneous selfie at the home of the US ambassador to the Netherlands in The Hague in June 2015. - Katherine Trujillo (2015 Fellow)

Katherine Trujillo is a 2015 Paul & Daisy Soros Fellow who is pursuing a master’s at the Fletcher School of Law and Diplomacy at Tufts University. Katherine was born in California to parents from Mexico and Honduras.